Matvienko welcomed “the French prisoner” Karimov in the Federation Council

Senator Suleiman Kerimov, on Friday came to the plenary session of the Federation Council, reports “Interfax”. Kerimov long time absent because he was forced to stay in France because of the claims of the authorities of the country. 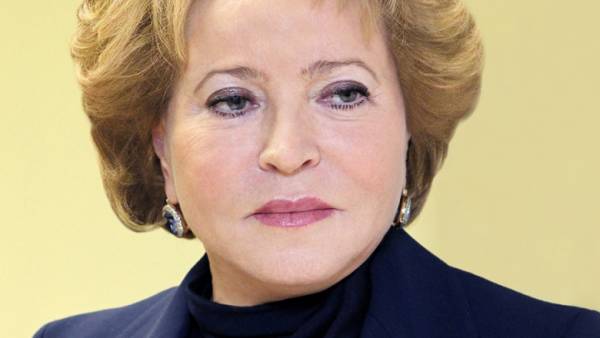 “Let’s welcome our French barman” — appealed to Karimov with a smile, the speaker of the upper chamber of Parliament Valentina Matvienko.

I’m really glad you didn’t run away, don’t chicken out, and, as expected, in strict compliance with the legislation was able to prove his innocence, all charges — it deserves respect.Valentine Matvienkova the upper house of Parliament

In November 2017, Kerimov, was detained in nice. French authorities accused him of tax evasion and laundering of funds when purchasing property. Russian Senator was released on bail but ordered to surrender his passport. During the investigation in coordination with the Prosecutor Karimov made several trips to Russia.

In late June, the charges against Kerimov has been withdrawn. He received back his documents and returned to Russia. Kerimov is a member of the Federation Council from Dagestan since 2008, His fortune Forbes estimates at $6.4 billion (20-th place among the richest Russians according to the magazine).