The researchers calculated how many insects eaten by birds every year

Humanity consumes food of about 400 million tons of meat and fish, which is comparable to the number of destroyed birds insects. 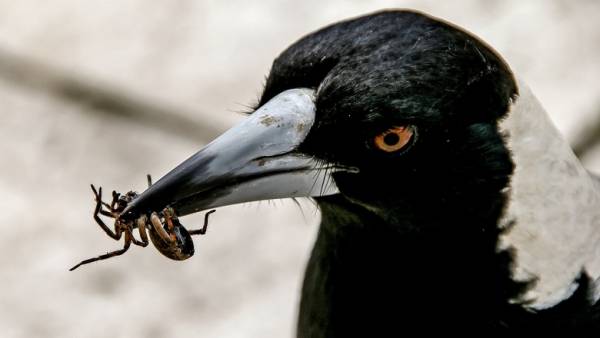 GENEVA, July 11. /TASS/. Scientists at the University of Basel has estimated that during the year, birds eat about 500 million tons of beetles, butterflies, worms and other species of the class insects. The study is published in the medical journal “The Science of Naturе”.

The article notes that the birds are virtually the only regulators of the number of insects on the planet, thereby maintaining a balance between representatives of this ancient class of animals and other fauna of the Earth.

In collaboration with American and Turkish zoologists Swiss scientists have constructed a mathematical model, which found that currently there are about 6 thousand species of birds, and their total weight is equal to 3 million tons.

As noted by Swiss zoologists, birds consume billions of insects at the time of feeding offspring, are able to absorb them in excess of the weight of the younger generation several times. The use of birds to the flora of the planet is invaluable, scientists say. Destroying caterpillars and insects twerdochlib — the main enemies of all fauna, birds help the rest of the inhabitants of the Earth.

One of the authors of the project, researcher at University of Basel Marty Nyffeler notes the fact that “birds, along with spiders and ants, which are not, fortunately, the main food for birds, bring invaluable benefits to the ecosystem of the planet, saving millions of species of plants”.

The researcher emphasizes that the number of harmful insects annually consumed by spiders, and from 400 to 800 million tons — approximately equal by weight insects, destroy them “allies” — birds.