In Ancient Rome could be whaling

Fragments of bones of whales found on the territory of the Roman colony on the coast of Spain, can indicate that two thousand years ago in the Mediterranean sea was infested with whales, and the Romans were hunting them. 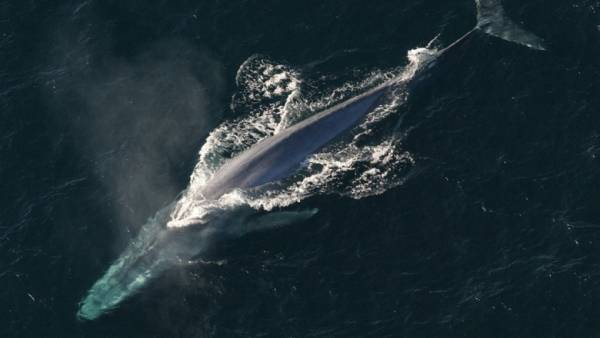 What fish were caught and eaten in ancient times, scientists learn by findings in the field of processing seafood. But to prove therefore the existence of a whaling promislo very difficult: whales — archaeological “invisibility”, unlike the bones of other animals, bones of whales are rarely delivered to the places of processing and are rarely preserved.

In Europe such finds virtually no, and whales are not found in the Mediterranean and the East Atlantic were not seen for two centuries. For baleen whales, which prefer to stick to the coast, Europeans hunted until the end of the middle ages, but now they are caught exclusively off the coast of North America. Until now, scientists doubted that whales were once found in the Mediterranean sea. From the point of view of climate it is not too different from Pacific and Atlantic waters where whales come to rear their young, but besides a few mentions in historical documents there is only one certificate of whales in the Mediterranean — photographs taken by Israeli environmentalists in 2010. This unique case is explained by the fact that this particular whale got lost and swam in the Mediterranean sea.

But a few finds from Roman settlements in the vicinity of the Strait of Gibraltar can indicate that two thousand years ago, whales (grey and North plain) swam in the Mediterranean sea off the coast of modern Spain. Ana Rodriguez, a biologist from the center for the study of ecology, CEFE, France, and her colleagues published in the journal Proceedings of the Royal Society B a paper in which scientists analyze the origin of a dozen bones from the vaults of the European museums that were found on the territory of archaeological monuments of the Roman Empire.

Of the ten bones, collected in the storerooms of the archaeological museums of Europe, one was an elephant and a Dolphin, seven definitely belonged to the whales, the origin of another.

Conclusion zoologists was reinforced with the DNA and collagen protein, the composition of which varies among different taxonomic groups and stored by better genetic material. All bones were found in the five Roman sites near the Strait of Gibraltar. Other finds in these places testify to the existence there of enterprises for processing of fish and seafood: the Romans salted fish there. Radiocarbon analysis confirmed that the finds belong to the time of the existence of Roman colonies in the Iberian Peninsula.

The authors of the study believe that their results demonstrate the existence of large populations of gray and North of the baleen whales in the Mediterranean sea. This is partly confirmed by written sources: Pliny the Elder in “Natural history” describes the whales come with their calves near the coast of Cadiz city in the South-West of Spain. And if the sea was infested with whales, Romans were able to hunt them. To hunt the gray and the Northern baleen whales do not need to be removed from the coast as far as required for the hunting of sperm whales and humpback whales. Grey and baleen whales rarely leave the coastal area, so the Roman ships had to be sufficient for the organization of whaling, the authors of the work.

Colleagues agree with the authors of the study. “We are talking about a handful of bones that are dated with a spread of several hundred years; this is not enough to evidence that the Romans were engaged in whale fishing. In addition, if they are systematically hunted whales, this would be reflected in the visual arts and written sources. The Romans wrote about everything, what he did, there is a lot of literature about what they ate, including fish and seafood, but whale meat in these sources is not mentioned”, — said Eric Rowan (Erica Rowan), a specialist in the history of antiquity from College Royal Holloway, University of London.