The accident with George Clooney caught on video

MOSCOW, 11 Dec — RIA Novosti. Surveillance camera photographed the moment of collision of the moped, at the wheel which was the actor George Clooney, with the Mercedes on the island of Sardinia, according to Corriere della Sera. 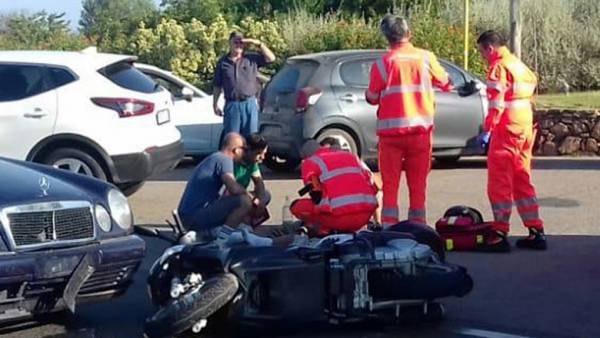 The actor hit his head on the car and ended up in hospital with injuries of the pelvis and knee injuries and arms. From more serious injuries he was saved by a helmet.

The accident occurred on the eve of the day when Clooney went to the site of the filming of “catch 22”, where he acts as Director and actor.