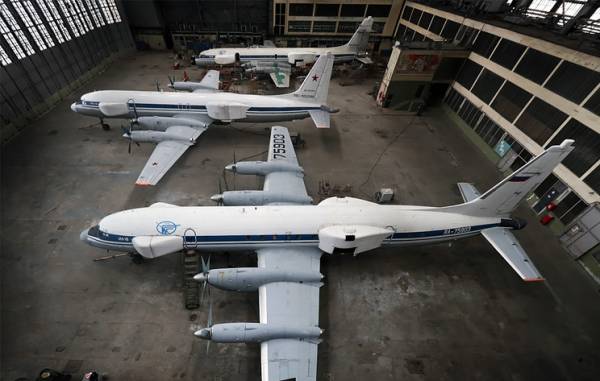 In a number of media reports emerged about the new Russian aircraft — jammer, which will be able to conduct electronic countermeasures for any purpose and even disable satellites that provide the military navigation and radio communications. It should be noted that in 2016, the aerospace forces (VKS) Russia already getting upgraded electronic warfare aircraft Il-22ПП (“jammer and associated intelligence”) with a new system of electronic warfare (EW) and intelligence “Porobic”.

Il-22ПП effectively deal with the aircraft airborne early warning and control, defense systems, and manned and unmanned aircraft. According to the developers, the main feature of the complex is the frequency selectivity which ensures the preservation of the combat readiness of domestic electronic systems.

Il-22ПП was an Experimental machine-building plant them. V. M. Myasishchev (under the control of the Aviation complex. S. V. Ilyushin) on the basis of the Il-18. This medium-range passenger aircraft was one of the first Soviet civil aircraft with turboprop engines. In all there were more than 700 different versions. Since 1974, the aircraft were gradually decommissioned and replaced by jet Airliners.

Il-18 has become a platform for many modifications. In the late 1960s at its base was built Il-20, and later created several special purpose machines Il-22, including measuring systems for testing missile technology, spy planes (Il-24) and airborne command posts.