Us Senator likened the Russian government with the mafia

MOSCOW, 10 Jul — RIA Novosti. Us Senator John Neely Kennedy said after a recent visit to Russia, which Russian President Vladimir Putin “to restrain,” and he can’t be trusted, according to the associated Press. 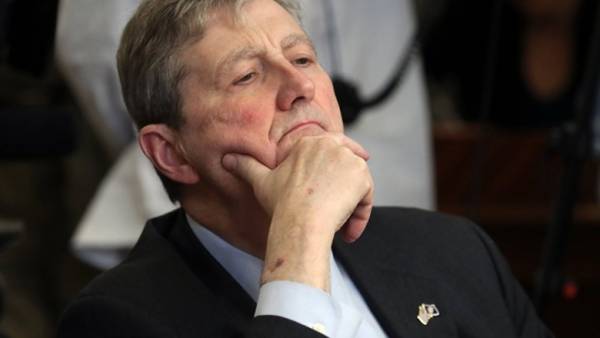 A group of us congressmen and senators arrived in Russia on June 30. On Tuesday the delegation met with the Minister of foreign Affairs of Russia Sergey Lavrov and held a meeting with Russian parliamentarians.

“Putin cannot be trusted. I think the best we can do is try to contain it,” said the Senator. While Lavrov he called a “tease”.

The Senator also said he did not expect a diplomatic breakthrough from the meeting between Putin and U.S. President Donald trump.

The presidents of Russia and the USA are scheduled to meet on 16 July in Helsinki. The Kremlin earlier reported that Putin and trump will discuss the perspectives of development of bilateral relations and topical issues of the international agenda. This will be the first full meeting of the leaders of the two countries without reference to the summits. They first met in Hamburg on the sidelines of the G20, then had a short conversation in Vietnam at the APEC summit.

See also: what can agree Vladimir Putin and Donald trump in Finland.