In the USA a year-old child appeared in court in migration cases without the presence of parents. He drank milk from a bottle, played with a small ball, and finally hearing a loud cry. 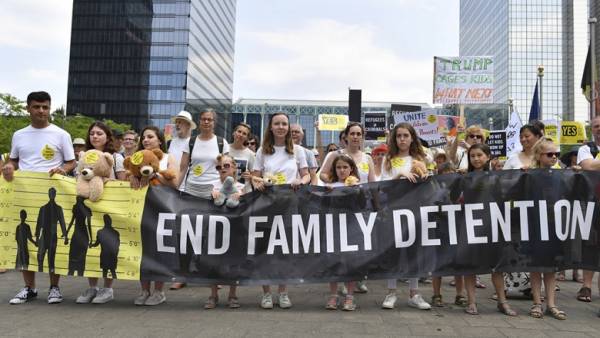 The court considered the right of the child to stay on the territory of the United States. In the end, the decision was made about his voluntary departure from the country, which gives the authorities the opportunity to send him to Honduras, where had already been deported, the father of the child.

The trial judge said that he was incredibly hard to hide his embarrassment when he has to ask the lawyer knows his client is the essence of the matter.

“I am ashamed to ask such a question, because I don’t know who you going to explain it. Only if you do not assume that a year-old child is able to absorb the migration act,” said judge John Richardson lawyers.

In addition to the boy that day in the court of the state of Arizona without parents brought a few more children. One of them in response to the question of age showed five fingers.

In the United States in may continues the scandal in connection with the separation of families detained while illegally crossing the border. Under the new rules, introduced by the administration of Donald trump, children from migrant families, separated from their parents while trying to enter the United States, not appointed counsel. They are compelled to represent themselves in court, often not knowing the English language, said human rights activists from NGOs of Texas Texas Civil Rights Project.