Mei has accepted with regret the resignation of Minister for Brexit

LONDON, July 9. /TASS/. Prime Minister Theresa may sorry to react to the resignation of the Minister for exit from the European Union David Davis did not agree with his arguments on the approved Friday by the Cabinet the plan for the further development of relations with the EU after Brexit. These words of the Prime Minister contained in her letter, the now former Minister, a photocopy of which resulted in Twitter’s leading columnist, TV channel Sky News Faisal Islam. 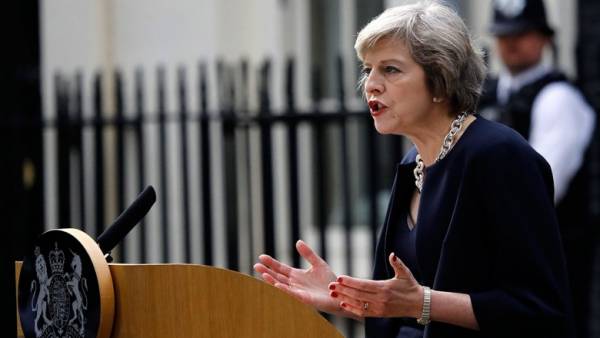 In a letter thanking Davis for their work on the Ministerial post, the Prime Minister said: “I disagree with your characterization of the policy that we agreed upon at the Cabinet meeting on Friday. The Parliament will decide whether or not to support the agreement, according to which the government is negotiating, but the deal [with the EU on the terms Brexit], no doubt, will mean the return of powers from Brussels to the United Kingdom. Direct effect of EU law will end when we leave the EU”, — stated the head of government.