The largest base of the US Navy can sink, write media

MOSCOW, 6 Jul — RIA Novosti. The main naval base of the Atlantic fleet of the US Navy in Norfolk (Virginia) can go under water, writes The National Interest. 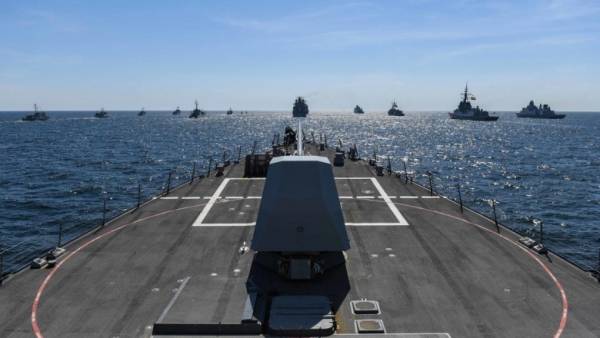 Research company American Security Project included a database to the list of military facilities subject to the highest risks due to climate change. It is noted that since 2000, in Norfolk, was much more flooding than before. Most of the assessment models of climate changes show that in future there will be more — it is projected that by the year 2100 flood level will rise half a meter.

In addition, climate change in the region will start to come more powerful hurricanes. Corps of engineers the United States believe that a storm can destroy a base in Norfolk and associated infrastructure.

The journal notes that the leadership of the Navy may abandon the construction in the most vulnerable parts of the database to solve, but to protect the infrastructure will not be easy in terms of budgetary savings.

The base of the U.S. Navy in Norfolk is the largest naval base in the world. This is a base of at least 75 ships, including nuclear aircraft carriers. On the basis of as are the headquarters of the Supreme command of the armed forces in the Atlantic area and commander in chief of the Atlantic fleet.