In Kiev told what will attempt to take Crimea by force

MOSCOW, 6 Jul — RIA Novosti. Former Minister of defense of Ukraine and the leader of the party “Civil initiative” Anatoly Gritsenko explained, which can lead to attempt by force to take away from Russia the Crimea. 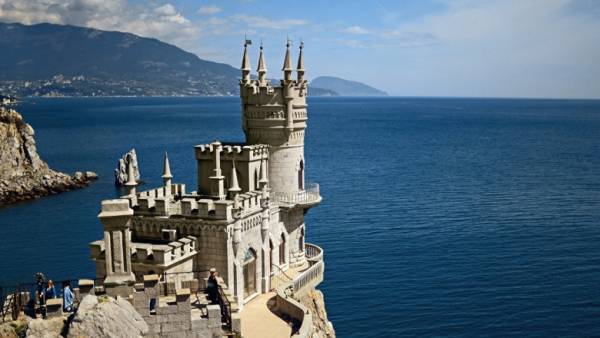 According to the politician, there is an “informal plan” to end the conflict in the Donbass. As noted Gritsenko, this scenario does not provide force.

I’ll tell you: if Ukraine elected President, which will begin to take away by force the Crimea and the Donbass, then the sanctions against Russia will be removed, we will introduce, and that Ukraine will end.Anatoly Grizinkalns-Minister of defense of Ukraine

He also noted that the plan is not going to implement.

“Why is it not implemented? For two reasons. The first plan is designed for three to five years, and it will not be confirmed by authorities, who in less than a year. The second reason is the inability of the Ukrainian authorities to keep their word. Not only to their citizens but also to partners. Therefore, when the current President, the plan will not start”, — explained Gritsenko.

Ukraine has repeatedly said about the “return” of the Crimea and the Donbass. So, according to ex-President Leonid Kravchuk, you can “reclaim” Peninsula, giving it a special status, in which “the subject of power will be the Crimean Tatars”. He also said that the end of the conflict in Eastern Ukraine is necessary to create in the Donbass “organization,” which would be different from the order existing in other areas. Earlier Kravchuk expressed the opinion that Moscow would voluntarily “return” to the Peninsula.

Crimea returned to Russia after held there in 2014 a referendum in which 96.77% of voters of the Republic and 95.6% of residents of Sevastopol voted for reunification. Moscow has repeatedly stated that the inhabitants of the Peninsula in a democratic way, in full compliance with international law and the UN Charter have made a choice in favor of Russia. According to Vladimir Putin, the Crimea issue “is closed permanently.”