Who earns on the exam

In 2009, Russia was one of the most ambitious reforms in the history of the country. A necessary condition for obtaining a high school diploma, became successful passing of the exam in Russian language and mathematics, and the exam turned out to be the main option for entering the University. 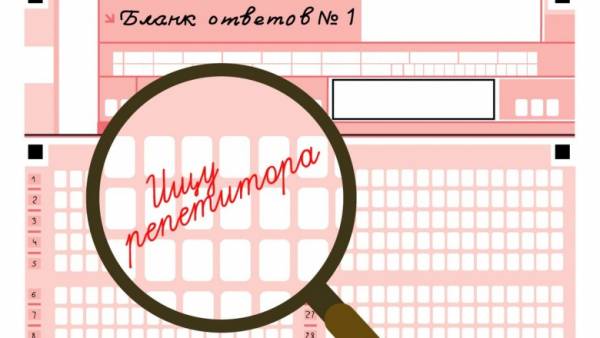 This change has affected every Russian family. The same tasks and independent of the school and of the University, the test helped to overcome age-old inequalities between students from Moscow and regions. However, with this increased competition for places and, consequently, increased the market for services related to the preparation for the exam. Samizdat “dear Sir, Yes you transformer” considered as “white” and “black” markets school exams.

One of the reasons for the introduction of CSE was established in Soviet time, the practice of “targeted tutoring”: parents tried to send their children to private lessons to the professors of the University, where they were going to do. These classes cost much more than a student or a school teacher, but all understood: really do not pay for “higher training level”, and a guarantee of admission.

“You have to understand that University tuition was in fact a bribe in installments: the real aim of the students was primarily on exams, and the acquisition of knowledge,” said in 2016, “Kommersant-Vlast” employee of the HSE, author of “the Chronicles of educational policy: 1991-2011,” Boris Startsev.

Actually, I did it at MSU in 1991: thanks to the Tutors I knew in advance themes of compositions, and in English my teacher before the exam approached a colleague and asked me not to complain about.Boris Statestrong HSE

This practice lasted up to the introduction of a mandatory exam. “We’ve entered the journalism faculty of Moscow state University in 2003, took classes, and tutor with the faculty, — has told “the Friend” by a journalist from national media. — He taught us English, and it really was a serious study: my level for the year has increased significantly. Our communication with him was not to find fault — we never talked about additional “help”. But an hour after the exam he called and asked to call a unique number that was on the ticket of admission to my work. In the end, I got on the exam five, and still do not know — he has earned it or I helped tutor”.

Initially, the education officials wanted to win veiled bribes and did not see anything wrong in private lessons. In 2009, the Minister of education and science Andrey Fursenko has formulated his position in an interview to “Fontanka”: “When I begin to speak: “Any tutoring is evil!”, answer: “Honor the classics Patriotic: Nikolai Garin-Mikhailovsky, Alexei Tolstoy, Vladimir Nabokov… In the lives of many students and high school students always attended tutoring. So nothing wrong actually in the no tutoring. It is bad when it becomes a form of” bribes”. But over time, criticism of the exam grew and officials defending the state changed their position. In recent years, the education Department argued that tuition just doesn’t make sense, saying that the exam checks the knowledge of the official school curriculum that every student learns, and so with the state teacher. “The problem with many is that they come from the mind, you start to learn in eleventh grade. And to make up for during this time the entire school year is problematic, said in 2017 the head of Rosobrnadzor Sergey Kravtsov. — If the guys was a good student in primary school, the Tutors would not be required”.

But students and their parents do not think so. Opinion poll of 2015 showed that about half of Russians believe the school preparing for the exam is insufficient. According to FOM for 2015, 36% of Russian graduates was engaged with the tutor. At the same time 56 per cent of parents hired private teachers for placement and recruitment.