If you dumped girlfriend and you want to show your colleagues that you recover quickly after a breakup or trying not to go crazy from loneliness after the death of relatives, that can help actors. Japanese Yuichi Ishii a few years ago invented a new method of psychotherapy, establishing the Family Romance, which leases the family members of those who are sorely lacking. 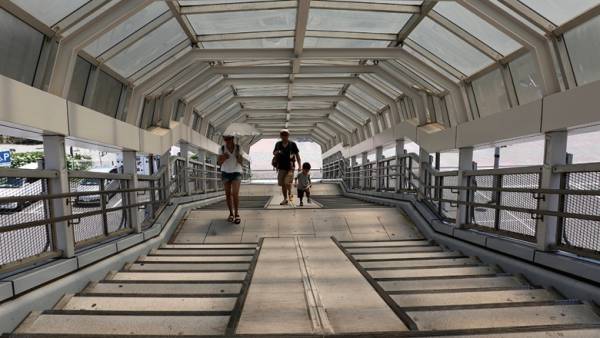 They get used to a new role and operate on a strict schedule. At the request of samizdat journalist Veronika Chuprova retells the story of Ishii and Yuichi discovers psychologists why such a service is actually not very exotic.

From Ishii Yuichi, founder of Family Romance and hero article in The New Yorker, there are two favorite things: the craft of acting and help people.

To combine these two passions have been eleven years ago. His girlfriend, a single mother, could not arrange his daughter into a prestigious kindergarten: there are reluctant to take children from single-parent families. Then Ishii first played “father and husband for an hour” for an interview in the kindergarten they went together. Despite a sincere desire to help, nothing came of it: the relationship between “father” and “daughter” turned out to be cardboard.

The first failure inspired Ishii to try it again and again. A couple of years, he founded the Family Romance: hired twenty employees, has collected a database of 1,200 actors-freelancers and began to search for orders. Seventy percent of the profits Family Romance receives orders for one time, the other thirty — with those occasions when between the client and the actor establishes the relationship in the months and years to come.

There are many reasons, “rent man”. Someone needs to pretend that the wedding had many guests. Someone hires a new girl to replace the old: wants to show friends and colleagues that after a breakup life does not stand still. If not childhood friends, they can always hire.

If the father left the family, or in prison, you can always invite the actor to his role.

Sam Ishii Yuichi often plays the role of husband. For nine years he was “married” more than a hundred times. The demand for Family Romance grew, and once Ishii had to play the role of husband in ten different families at the same time. Realizing what a burden, Ishii introduced the company rule: actors forbidden to play more than five roles simultaneously.

strangers among Strangers: how they live in children’s homes

Another rule is communication between the client and the actor has to end on a Platonic note. So the actors are safe, and customers are not so much attached to them. Attachment — a fairly common problem: about 30 to 40 percent of the clients offered hired men to enter into a real marriage. If this happens, the Family Romance intervenes in this relationship, forbidding us to meet more often than once in three months.

If men are hired out of loneliness, the grooms — the desire to please my parents. Two or three times a year Family Romance like “the wedding”: this service costs five million yen, almost three million rubles. This is not only expensive, but emotionally difficult for the actors. Ishii, who often groom “rent”, says that during the wedding preparation it is quite easy to fall in love with your fake fiancée. According to him, during the wedding, the groom hired experiencing conflicting emotions: the actors themselves begin to believe what is happening, knowing what’s going on.

Sometimes the appearance of a happy family life does not need to create too caring parents and for their children, which you want to take care of. Did Reiko, client Family Romance. At Mana, a ten-year daughter Reiko, did not succeed to establish contact with peers. Reiko thought to help solve the problem of “dad weekend” for five thousand yen (about three thousand) per hour. Of the four candidates chose to Inaba — owner of the “good” voices.

Mana and her hired dad were together for eight hours twice a month. Reiko had to reduce the cost of food and clothing to pay for “good daddy.” After a few months, Mana became the usual happy and cheerful child who easily made friends.

Manet’s nineteen now, she still doesn’t know that Inaba is not a real dad. Reiko doesn’t want to disappoint her. Despite the fact that Inaba only acts out the role for nine years, he became part of their family: Reiko even reluctantly admits that dreams of a real family with Inabi. Reiko believes that a good attitude to the child for $ 50 per hour can also be sincere, because there are people who are not capable of kindness for any money.

As educated people who changed our world

Inaba insists that you need to tell mana the truth. When she married and you have kids, Inabe have to pretend to be her father when her husband, his family and “grandkids” to deceive so many people it’s not ready.

Family Romance helps not only to create a semblance of family life but also to experience loss and to build relationships. One customer, an elderly man Kazushige Nishida, hired two Actresses for the role of wife and daughters: he had recently lost his wife, he quarrelled with his daughter. Every day coming home to an empty apartment was hard. A pleasant evening in the company of “family rent” cost him 40 thousand yen (23 thousand). The wife “rent” played the role of a recently deceased wife threw the hair from his forehead as she called the same sweet words. One evening he decided to go.

After a few such evenings Kazushige sent to the office of the Family Romance is the key to his place — now his wife and daughter will meet him from work and go later in the evening. Family comfort is back in his house.

Eventually acting became a psychotherapy. Wife started to complain about her present husband, Kazushige gave advice. He told the “daughters,” about the relationship with this daughter, the actress explained that he felt his daughter fighting with her father. Family rental has helped him understand that the relationship with his daughter was wrong. Fake family helped to find a real father and daughter forgot about the differences.

To hire an actor for the role of spouse or parent seems quite a reasonable solution and a good way to get rid of loneliness, to endure the difficult period of life or a complicated family situation. However, the services hire people and offer more extraordinary services.

Family Romance helps to get rid of guilt. One customer, a businessman, middle-aged, realized that completely ceased to pay attention to his company: he used to work alongside ordinary employees, and spent free time with them, and now all the work given to his deputies and became an avid golfer. He wanted to redeem himself, so he hired a guy to chastise. After hearing the speech of the businessman, the actor struck him with harsh criticism and bullying, began to Bang his fist on the table. Hired “criticism” the task was not easy: he had to shout and swear at the man fifteen years older than him.

Another service associated with the fault. If a client of any company will not like work of any employee, blame the employee can hire a “chief” who will apologize to the dissatisfied customer instead.

The same service is available in the field of interpersonal relations. The husband learns about his wife’s infidelity and is demanding an apology from a lover. If he did not agree to apologize to the deceived husband, you can always hire an actor for the role of “repentant lover.” Usually such a role assumes Ishii: does the neck temporary tattoo, brutal dressed and goes to beg for mercy. As soon as he opened the door, he drops to his knees and struggled begs her husband to forgive him, surprised, scared, and flattered the husband forgives his unfaithful wife.

If that doesn’t work, the pair remains only to disperse. Some couples are having a divorce ceremony: invite guests to the ruined building — a metaphor for their broken relationships and show them a slide show about how happy they were and what their relationship is wrong.

Sometimes such ceremonies are hiring men who are together with the guests will mourn the collapsed marriage. Specialist mourning — Hiroki Terai, founder of the service rent “beautiful crying men”. He decided to create such a service, seeing as a lot of men cry in the divorce.

Specialists in this sector are hired not only at the ceremony of divorce. Crying men are hired for teambuilding and lifting the team spirit of employees. Hiroki came up with “five minutes of crying”: the room are going to employees of the Corporation, among which are “the crying man” Hiroki.

They start crying in the first five minutes crying the entire Corporation. The same principle works with victims of natural disasters: a few crying men meet with survivors and together mourn their grief.