The EU has extended for six months economic sanctions against Russia

BRUSSELS, 5 July. /TASS/. The European Union extended by six months economic sanctions against Russia, which expire at the end of July. This was reported in the press service of the EU Council. 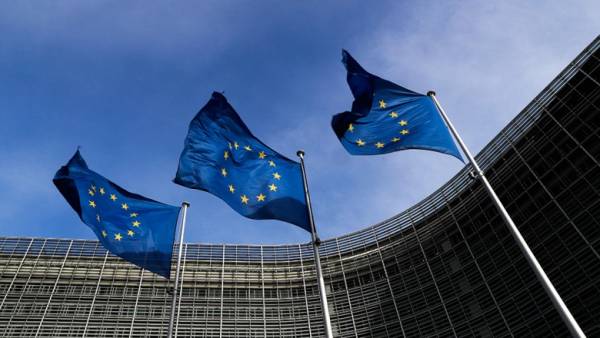 “July 5, 2018, the Council extended the economic sanctions aimed at specific sectors of the Russian economy, until January 31, 2019,” reads the Council statement.

The document explains that the decision came after the EU summit, where the leaders of France and Germany informed the other heads of state and government on the implementation of the Minsk agreements. It will be published in the EU Official journal on Monday, July 9, and will enter into force.
The sanctions against Russia.

Against Russia there are several packages of sanctions of the EU: economic, individual restrictive measures and sanctions on the Crimea.

Sectoral measures were originally introduced on 31 July 2014 and affect the financial, energy and defense sectors, as well as dual-use goods. Economic sanctions, which were extended by this decision include the restriction of access to primary and secondary market of the EU capital for five Russian financial institutions with majority state share in the authorized capital of their subsidiaries in which these organizations have a majority stake and that are established outside the EU and to three major Russian energy companies and three defense firms.

Measures include an embargo on arms trade and a ban on exports to Russia dual-use goods for military purposes, as well as limiting Russia’s access to certain strategic importance technologies and services that can be used for the development and production of oil, including offshore or in polar conditions.

In addition to the economic sanctions there are two independent sanctions package for Ukraine. First, this individual restrictive measures: travel bans and the freezing of Bank assets in Europe (if they are available or they could be found) 150 individuals and 38 organizations. Legal entity in this list mainly not Russian: the authorities and the military structures of the proclaimed Lugansk and Donetsk national republics (LNR and DNR). The validity of the package until 15 September 2018, it is also extended for six months.