Former Prime Minister of Pakistan Nawaz Sharif, who held the post four times, was sentenced to 10 years in prison for corruption. According to Reuters, the terms also got his daughter Maryam and her husband. 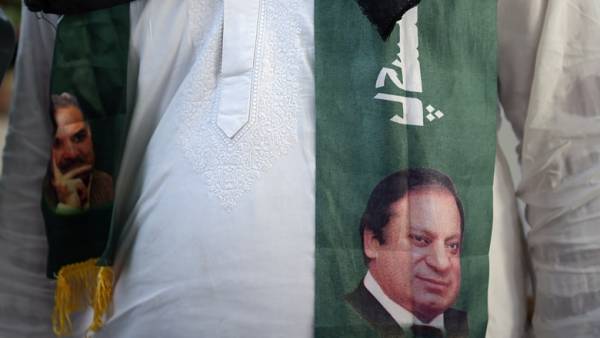 The trial was held in absentia: at the time the former Premier and his daughter were in London. There treated from cancer with his wife Kools, from June after a heart attack she is in a coma.

Sharif was convicted of corruption related to the purchase of luxury apartments in London. Politician and his family were accused of money laundering: they are unable to explain the emergence of money spent on real estate in the British capital in the 1990s. Property in London is now due to be confiscated in favor of the Pakistani government.

In addition to the prison term of former Premier was ordered to pay a fine in the amount of $ 10.6 million. His daughter Maryam is also fined, she has to pay four times less.

In addition, the woman was sentenced to seven years in prison, and her husband — to one year imprisonment.

And Nawaz Sharif, and his daughter plead not guilty and intend to appeal the court’s decision. As reported by one of the associates of the former Prime Minister, he intends to return to Pakistan. The politician, most likely, will be arrested immediately upon arrival, but later he could be released during the pendency of the appeal.

Verdict before the General election, which should take place July 25, deals a serious blow to the Pakistani Muslim League (N), founded by Nawaz Sharif. In addition to participation in them will not be tolerated Maryam, considered his political successor, said Reuters.