The star of “Borat” will dedicate the next film to Trump

British comedian Sacha Baron Cohen, known for his role as Kazakhstan reporter Borat Sagdiev in the mockumentary film Borat, will devote the next project the President of the United States Donald Trump. About it the actor said on Twitter. 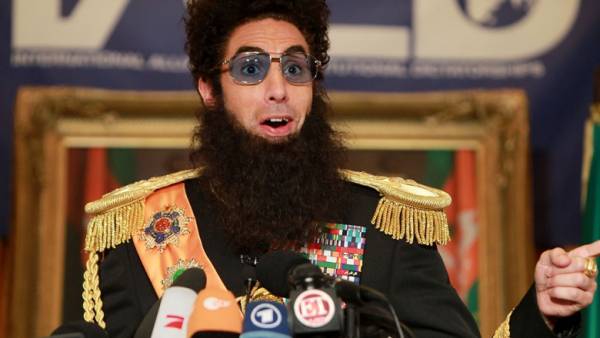 Cohen published a trump recorded a video in which a Republican criticizing the actor and wishes that Cohen beat. “Sacha Baron Cohen, go to school, learn to be funny. You don’t know ***** (nothing),” says trump. Later in the clip followed by the titles stating that the actor is going to finish University trump. The project’s release date has not yet been disclosed.

A message from your President @realDonaldTrump on Independence Day pic.twitter.com/O2PwZqO0cs

Trump University was founded in may 2005 at the initiative of the billionaire. In 2013, the Agency was accused of defrauding students.