Worked with the accused in the treason, the lawyer became the protector of Turcan

MOSCOW, 3 Jul — RIA Novosti. Lawyer Ivan Pavlov, who previously worked with the accused in the treason, became the defender of the suspect in the espionage Karina Tsurkan who previously headed the trading block, JSC “inter RAO”, about the same time Pavlov wrote in his page in Facebook. 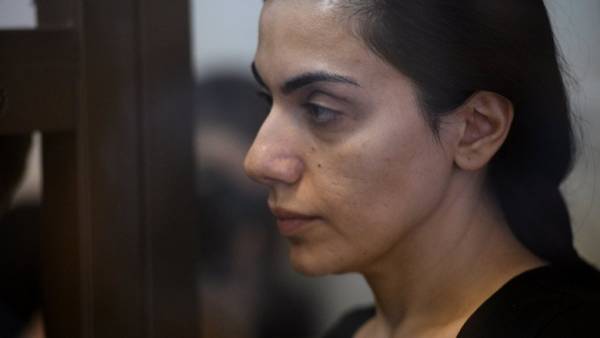 Lefortovo court of Moscow on June 19 announced the arrest of Turcan. According to some Russian media reports, she is accused of spying for Romania. June 28, the Moscow city court upheld the arrest Turcan.

“Mother Karina Tsurkan, the FSB accused of espionage, at the request of his daughter appealed for protection of the “Team 29″. On Monday morning, all needed to confirm our credentials documents were transmitted to the Investigative Department of the FSB. On Tuesday morning we registered for a visit to Lefortovo prison,” wrote Paul in Facebook, mentioning the publication of the second lawyer Evgeny Smirnov.

In June, Pavlov expressed his willingness to defend Turcan, but said that while it has not made such a request. Earlier Pavlov was a lawyer who was accused in the treason Svetlana Davydova and Oxana Sebastini, convicted under the article of treason and later pardoned.

According to the court, Turcan will remain in custody until August 13. At the end of June on the court her interests were represented by the lawyer Dmitry Tsuprik. Previously, he collaborated with the organization of the “Russia sitting” and took part in the search in the “Gogol-center” in the “Seventh Studio” and educator Eugenia Chudnovets, convicted, and later justified in the case of the repost of the video.