A French gangster has escaped from prison by helicopter

The hardened criminal was inspired by the action movie “Scarface”. 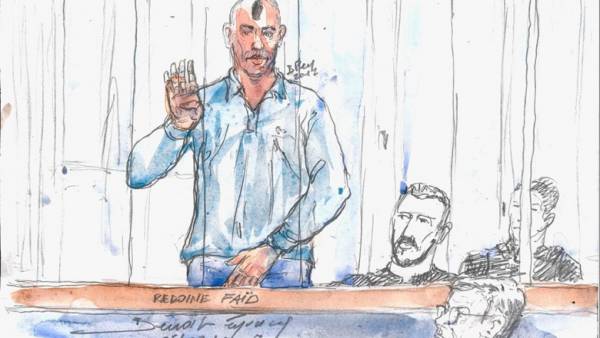 The redouane fayeed to 46 years old. He was sentenced to 25 years for the perfect in 2010, an attempted robbery, which killed a female police officer.

To organize the escape from prison of REO on the outskirts of Paris to Fayeed helped by three accomplices. The whole operation lasted a little more than 10 minutes. In the video, hear the other prisoners applauded as the police run at the prison after flying over their heads a helicopter.

On one of versions, the helicopter was stolen from a private person. The name of the owner is unknown. Associates Faida forced a terrified flight instructor to land on the prison grounds. The prison guards did not open fire for fear that the falling helicopter crash into the building.

Redouane faid was waiting for accomplices in the visiting room. Two black-clad armed with Kalashnikovs men cut the locks on several doors and released him.

Now criminals wanted by the police. Abandoned helicopter was found in the neighbouring municipality of Gonesse.

This is not the first escape attempt of faida. In 2013, he used a homemade dynamite to get out of jail, but a few days later he was caught.