The Tbilisi city court convicted the former President of Georgia Mikhail Saakashvili in the attack on the former Deputy of Parliament Valery Gelashvili. Mr. Saakashvili was sentenced in absentia to six years of imprisonment, informs “Interfax”. 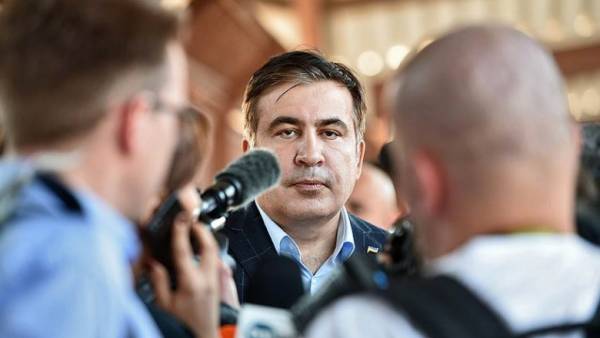 The attack on Mr. Gelashvili was committed in 2005. Former Deputy stopped in the center of Tbilisi employees of the interior Ministry, was dragged from his car and brutally beaten. Valery Gelashvili with serious injuries in hospital.

According to investigators, Mr. Gelashvili offensive spoke about the wife of President Saakashvili, Sandra Roelofs in an interview with the newspaper “Rezonansi”, after which the head of state ordered the then Minister of defense Irakli Okruashvili “punish” the Deputy.

The Minister refused to obey “illegal orders” and the order was given to the interior Minister. He is entrusting it to Mr. Kodua, who, in his turn, Giorgi Siradze, who led the special forces.