The US plans to place migrants on abandoned military bases

The U.S. Navy is preparing a plan for the construction of accommodation centres for thousands of migrants on military bases in California, Alabama and Arizona. 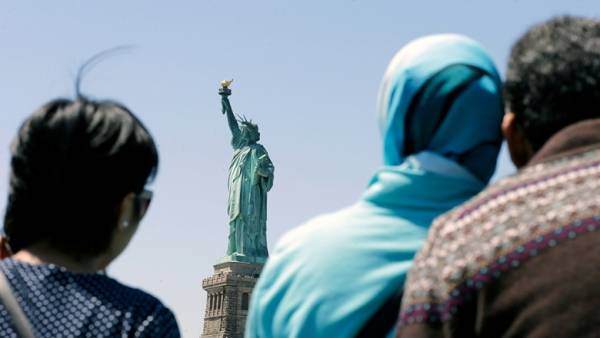 According to the magazine Time, temporary tent city for 25 thousand migrants will be created on disused airfields, the Navy in Alabama. Two camps for 47 thousand migrants are invited to place in the unused military naval bases around San Francisco and in southern California.

Another accommodation centre can build on the marine corps near the city of Yuma in Arizona.

The cost of the construction and operation of a tent camp on 25 thousand within six months, the US Navy is estimated at $233 million.

However, the publication notes that the military has not yet received the order to build such detention centres.

According to the Ministry of internal security of the United States, from April 19 to may 31, about 2 thousand children were separated from their parents who came to the country illegally. On June 20 the President of the United States Donald trump signed the Executive decree under which the practice of separating families of undocumented migrants terminated.