A Chinese farmer found the fossil turtles from the Jurassic period

BEIJING, 23 Feb — RIA Novosti. A farmer from the municipality of Chongqing in southwest China found a rock similar to tortoise shell. It turned out that this animal fossils older than 150 million years, according to Xinhua news Agency. 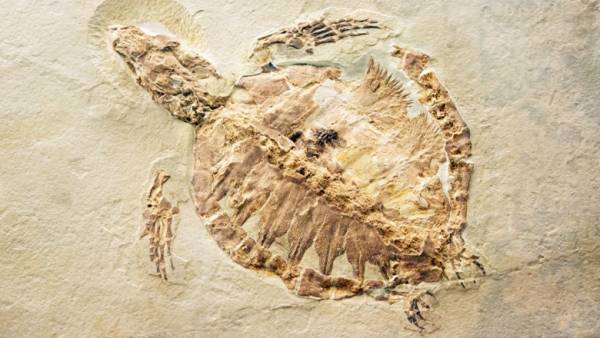 Daughter men published pictures on the social network. They quickly spread and attracted the attention of local authorities.

Paleontologists invited by the district Department of land resources, confirmed that the find — fossils seinalea turtles from the Jurassic period.

It is reported that the remains will be put in the local geological Museum.