The first blow. The defense Ministry has declassified reports on the beginning of the great Patriotic

MOSCOW. 22 Jun — RIA Novosti, Nikolai Protopopov, Andrei stanavov. Dozens of unique historical materials, including a captured map of the plan “Barbarossa”, the orders of the military command of the USSR and the testimony of witnesses — the defense Ministry of Russia has published secret archive documents about the exploits of Soviet soldiers, the enormous losses of personnel and military equipment after the surprise attack of Nazi Germany on 22 June 1941. 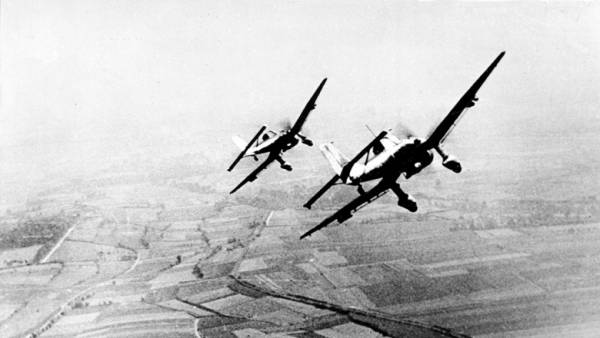 About the most dramatic episodes of the early days of the war — in the material RIA Novosti.

At the point of attack

Directive No. 1, the commanders of the third, fourth and tenth armies received from the Commissar of defense of the USSR on 22 June, about two o’clock in the morning. It followed that Germany could attack the Soviet Union before the morning, on all fronts. The troops were instructed not to succumb to provocations and to be in full combat readiness.

Actually, it all happened. One of the first massive strikes of armored forces and infantry of the German army took the 99th rifle division of the Western special military district, who was on 22 June in the border city of Przemysl. Using the effect of surprise, the Germans quickly captured the city, but the next day part of the 99th division was knocked out with the right Bank side and regained the border.

Within a few days of Przemysl three times passed from hand to hand, German troops suffered heavy losses. Despite the vastly superior forces of the enemy, the incessant infantry attacks, constant artillery shelling and air raids, the soldiers of the 99th division not only held the state border, but also forced the enemy to retreat across the San river.

The battle for Przemysl lasted a week. Only when the Germans took Lviv, the command of the division received the order to leave the position and move. At the end of the fighting in summer of 1941 the German high command described the 99th infantry division as a “choice”, consisting of the most brave soldiers. German units were encouraged to escape her open conflict and even possible not to join with the division in combat.

In July 1941, the 99th infantry was awarded the order of the red banner. This is the first connection, received a military decoration during the great Patriotic war.

The Brest citadel and the battles at the river Schara

Jumping between the pencil lines of the first alarming reports read the rush and the awareness of impending disaster — numerous tank wedges Guderian’s group dissected the borders of the bleeding Soviet forces, and traversing the centers of the most violent resistance, rushed into the country.

For the first time published declassified orders of battle and summaries of staff of the 4th army of the Kiev special military district. Included in its composition, the 55th infantry division was stationed in the Minsk region near Slutsk. The first devastating air strikes and the advancing with the support of infantry tanks descended on her position on June 24. The Germans tried to break through the defense division of the river Shchara, but ran into fierce resistance. From 24 to 28 June 1941 parts of the division had to participate in eight hard and long battles.

Light on what is happening in those days on the leading edge sheds a combat order No. 05, dated 24 June, describing the feat of the gunners 141 th howitzer regiment.

After breaking through the first layers of defense, the German tanks suddenly came directly into the firing position artillery batteries, combat armor absolutely not intended. Undaunted, the calculations lowered the barrels of heavy 152-mm guns and opened fire point-blank.

The commander of one of the howitzers Sergeant Useynov knocked out the first enemy tank with a minimum distance of 150 meters, and then destroyed three more. In one of the premium sheets indicated that on 25 June the other battery of the regiment under the command of Lieutenant Borisov direct fire has destroyed six enemy tanks.

Side by side with the 55th infantry division fought the 42nd shooting from the composition of the 28th corps. On the first day of war, June 22, its fighters were the walls of the Brest fortress, which was affected by advance units of army group “Center”, advancing on Minsk.

Declassified the report of the chief of the political Department of the 6th infantry division, the remnants of which became part of the 55th, reports that the Nazis rained down on the fortress the full power of its air force and artillery, immediately destroying the artillery Park, stables, garages, warehouses and headquarters. Up to two thirds of the personnel and 90% of guns the divisional and regimental artillery was lost.

However, to quickly break the resistance of the garrison the Germans failed — the defenders rushed to bayonet, snapped machine-gun and rifle fire. Duty anti-aircraft battery of two guns brought down seven enemy aircraft, anti-aircraft guns were also hit on the crossings, not allowing the Germans to occupy Soviet territory.

As of July 5, 1941, the division was 910 personnel, although the state must have nearly 14 thousand. Of them ordinary — 515 persons, younger commanding structure — 123 people, middle and senior commanding staff — 272 people.

In the skies over Pskov

Fierce air battles in June 1941 unfolded in the North-Western borders of the USSR. In battles with the Luftwaffe, particularly distinguished 158 th fighter regiment, stationed at the airfield Veret. The pilots covered the Pskov and its surrounding area from German air raids and conducted reconnaissance from the air.

First the “Junkers” on June 27 was shot down Lieutenant Bulaev on the Yak-1, and the next day Junior lieutenants Peter Kharitonov and Stepan Zdorovtsev first on the Northern front made air rams.

On 28 June, a group of German bombers were sent to bomb the Island. They flew across the pilots 158 regiment on the-16 fighters.

During the pursuit Kharitonov spent the entire ammunition, but still did not allow “Junkers” to escape. Going German aircraft in the tail, it is screw cut off his tail. An hour later, so did Lieutenant Zdorovtsev. Returning to base “empty” after combat with German fighters, the pilot met in the air Ju-88 and not wanting to miss the enemy with impunity, rammed it.

Both pilots came back alive on the airfield. Lieutenant Zdorovtsev July 8 was awarded the title of Hero of the Soviet Union. But the next day, July 9, he comes back with another combat mission. Zdorovtseva the plane was hit by German fighters, and he was missing.