MOSCOW, June 23 — RIA Novosti. The Syrian army along with the formation of the free Syrian army repelled the attack “dzhebhat an-Nusra”* in the North-East of the southern zone of de-escalation, according to the Center for reconciliation of the warring parties in Syria. 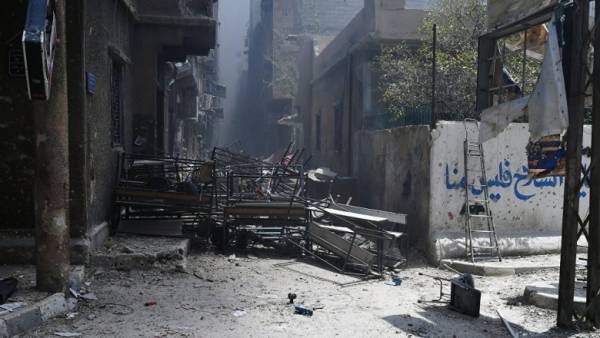 Tonight, more than a thousand militants “dzhebhat an-Nusra”* attacked the positions of the 9th Panzer division in the area of human settlements Dama and Deir Dama. Now Syrian soldiers continue defensive fighting. Their losses amounted to five dead and 19 wounded.

In addition, under the blows of the terrorists was hit residents of these settlements.

The report notes that assistance in repelling the attack asked the commanders of the local units of the free Syrian army, before agreeing to go on the side of the legitimate government. They turned to the command of the government forces through the Russian Centre for reconciliation.

In some areas, government forces together with troops of the Syrian free army was able to stop the enemy. Measures for the protection of the civilian population.

To the side of the Assad

On the eve it became known about the transition of the first large groups of free Syrian army on the side of Damascus.

Following the talks, the leader of the group Wajdi Abu SLES said that under their control the towns of Deir Dama, Al-Senior and part of the city Gaddal voluntarily coming under the control of the legitimate government, and the group will together with government forces to fight against militants “dzhebhat an-Nusra”* and IG*.