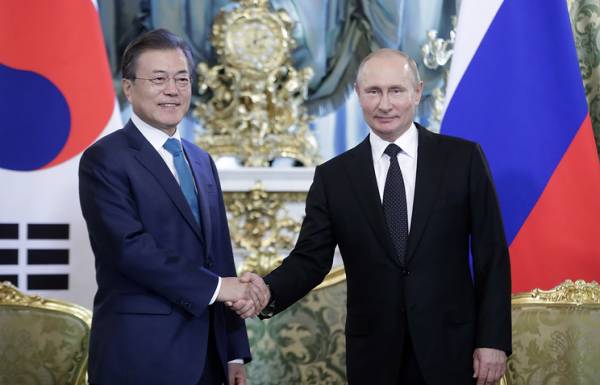 MOSCOW, June 22. /TASS/. The presidents of Russia and the Republic of Korea, Vladimir Putin and moon Jae-In – have issued a joint statement after talks held in the Kremlin.

The leaders of both countries put their signatures under the document after the talks.

The denuclearization of the Korean Peninsula

The presidents of Russia and the Republic of Korea will continue efforts to resolve the nuclear issue on the Korean Peninsula, the statement said.