“I locked him in the cell.” The Brazilian became a policeman and took vengeance for the rape of childhood

The Brazilian TABATA was only nine years old when Fabrizio appeared in her life. He was 39, he was married, and most importantly — was a friend of the family, which couldn’t have anything to suspect. He’s more than two years, tortured and raped the girl. 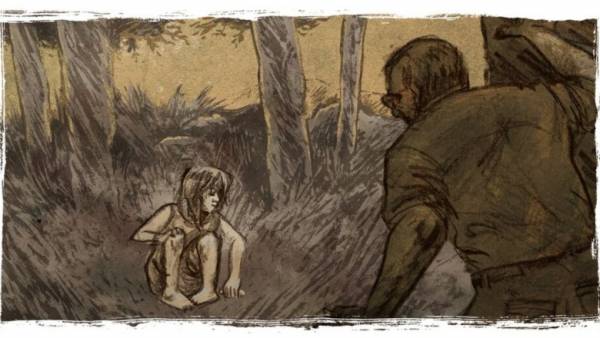 In December 2016, TABATA and Fabrizio (the names of the characters changed) met again 12 years later. But this time he was handcuffed, and TABATA held him firmly with one hand. In the other hand was the shotgun.

More than 100 million – on the street: figures of childhood

She took him into the chamber, locked the bars and left with a huge investment, feeling that everything was finally over. The circle is closed.

“Tell us about this crime and having to relive it all — helps to heal the wounds,” said TABATA Brazilian service Bi-bi-si.

Fabrizio was a photographer, loved to shoot outdoors. He was talkative and friendly, fascinatingly told about his travels, described the beaches, rivers and other beautiful places visited. Soon after meeting with the family of TABATA, he became a friend of her father. In the evenings they played football.

Fabrizio with his wife and family TABATA started together to travel with tents on the banks of the Uruguay river in southern Brazil, near where they lived.

Very soon he began to pester me. He came close to me and began to touch. I didn’t understand what was happening. I was nervous, but I was too young and did not understand that it is a crime.TABATA

TABATA said that Fabrizio was raping her when they were deep in the forest, away from everyone else, or when they bathed in the river.

“Once I was sent along with him to fetch water, she remembers. He started to paw me, but I managed to escape forward. The parents didn’t even ask why I came back first. They even not thought that he could stick to me, so they trusted him”.

TABATA many times wanted to tell her parents the truth, but restrained himself.

“My dad was always very tense and angry. I was afraid he was going to kill the photographer and going to jail. Child come up with a thousand different thoughts. Besides, I was afraid that the parents won’t believe me,” she says.

The violence lasted two and a half years.