Moscow. June 20. INTERFAX.RU — the Hungarian Parliament on Wednesday adopted a number of amendments to the law and the law known as “Stop Soros”, which impose restrictions on the placement of illegal immigrants in the country, and also criminalized organized assistance to such immigrants, according to the Associated Press. 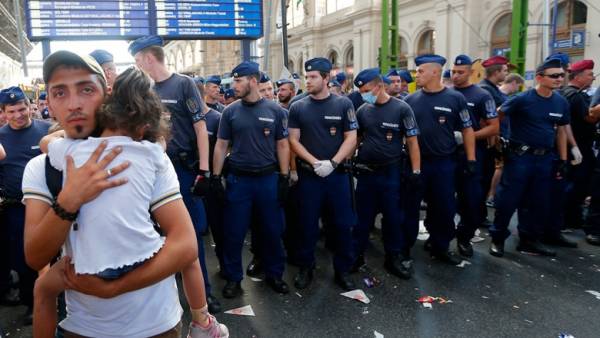 For these measures voted by 159 deputies from the ruling party “fides — the Hungarian civil Union” and the far-right party “Jobbik”, against five parliamentarians.

“The Hungarian people with good reason to expect that the government would use all necessary measures to combat illegal immigration and its contributing activity” — give the Western media a word from the comment of the head of the Ministry of interior of Hungary Sandor Pinter to the bills.

The package of bills “Stop Soros” serves this purpose, making the organization illegal immigration a criminal offence. We want to use these bills, to not allow Hungary to become a country of immigrants.Sandor Interpave of the Ministry of interior of Hungary

Media clarify that in accordance with the provisions of the law “Stop Soros” the offender can be sentenced to prison for working at a nongovernmental organization that provides assistance to illegal immigrants.

Also, the authorities were forbidden to seek asylum in Hungary those illegals that arrived from the territory of third countries where they are in no danger.

In addition, the Hungarian Constitution is amended to prohibit the settlement of “foreign populations” in Hungary.