The government decided not to introduce a separate regulation for wapow and electronic cigarettes, according to RBC with reference to the source. According to the newspaper, this issue was discussed on Tuesday at a meeting with Deputy Prime Ministers Dmitry Kozak and Tatiana Golikova. The meeting agreed that all the alternative conventional cigarettes the device needs to be in the area of regulation the current legislation. 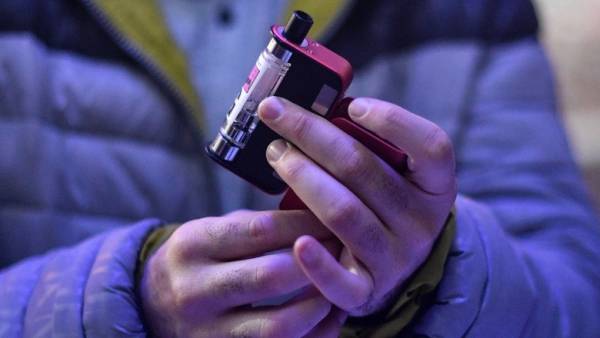 According to the interlocutor of the edition, after the meeting should begin work on drafting amendments to the existing legislation, but until official orders, assignment of responsibilities was not done.

The representative of the Kozak Ilya juice confirmed RBC position of Deputy Prime Minister. The press service of the Ministry of health has forwarded questions about the meeting in the government, but noted that he believes the right decision to extend to e-cigarettes the laws.

Now the market wapow and electronic cigarettes in Russia is not regulated, their sale and consumption is not restricted.

The views of agencies about how to approach the regulation of this market were divided.

The Ministry of health advocated for restricting the sale of wapow and electronic cigarettes. One cannot argue that the harm from them is less than that of a conventional tobacco, insists the Agency. The Ministry of health is confident that e-cigarettes more attractive to young people and involve in the addiction of new people.

To equate electronic cigarettes to ordinary suggested and members. A bill with such a proposal was submitted to the Duma in March 2017, but was never considered in the first reading. For separate management of electronic and conventional cigarettes were made by the Ministry of industry and trade.