The fate of the whistleblower. As the lives of Edward Snowden? 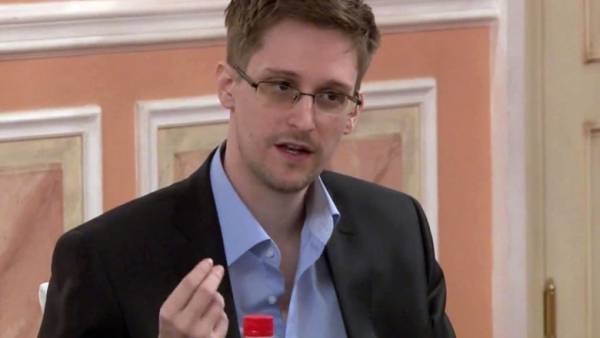 On June 21 1983 in Elizabeth city, North Carolina was born to Edward Snowden, the world-famous whistleblower of U.S. intelligence, in 2013 transferred several media information about total surveillance of the U.S. government for millions of people around the world. Fleeing from prosecution, Snowden ended up in Russia. To return to his native country, he can not, because in the USA it has been in absentia charged with espionage and theft of government property. However, time disgraced agent doesn’t waste. In the birthday of the famous whistleblower Aify says, than he became engaged in forced exile.

The hermit, whose face graces the screens

$200 thousand — so according to The Guardian was the annual income of the Edward Snowden the national security Agency (NSA). And, according to Yahoo News, about the same amount he earned for the year 2016 in fees for speaking at various lectures and symposia organized all over the world.

Despite the fact that the whereabouts of Snowden was not disclosed for security reasons, we cannot say that he leads a hermit’s life. On the contrary, his face constantly appears on various technology and human rights conference, its attention to achieve the leading level Directors Oliver stone, and the representatives of the governments consulted on security issues. Range of activities involving a former scout, is incredibly broad. Here occurs his face on a giant screen in the conference on the security of personal data in Tokyo, here he speaks to the audience at the international exhibition of youth culture Comic-con in San Diego, followed — at a music festival in the middle of Europe.

Of course, the fees Snowden receives far for all their remote presentations. However, this is of little concern to American authorities, who for the fifth year criticized former employee because he “is profiting from the secrets of his native country.” “In my opinion, he violated the oath, which was given our government by our Constitution. What he gets rewarded for it — sad and wrong,” said in 2016, the former Director of the CIA, John Brennan.