“We don’t need him”. In the Urals, the children planted father, leaving a note on him

“Peter, we’ve brought you father. We moved to another city.” 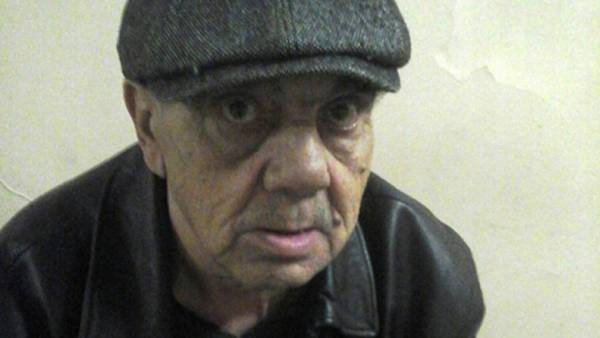 MOSCOW, 20 Jun — RIA Novosti, Igor Karmazin. “Peter, we’ve brought you father. We moved to another city. We do not look for father and not bring. Not necessary — take to the nursing home” — with this mysterious note by an unknown elderly man soon was taken to the hospital of the city of Chebarkul Chelyabinsk region. Uralets about himself to tell you nothing, but the nurse on duty was found in possession of the documents, and eyewitnesses reported details in social networks.

“To disassemble the sound was hard”

The ambulance picked up the elderly man on the outskirts of Chebarkul, June 17. Nurse city hospital Olga Mamonova says that the first thing know his name.

Me on the shift the nurse said that a hungry stray. I went down — he was sitting on the couch. Said his name is Vasily, and immediately asked to smoke. At the same time to take it apart it is very hard, says all indistinct, more shows hands. Goes bad too, without a stick can not move. He must have some violations. May suffered a stroke.Olga Mamonova

According to her, Basil was immediately fed porridge. “I then brought him vegetables and sausages, drink tea. Since they were introduced. It was a note, and I quote: “Peter, take father himself, he no longer need us, we do not look, we moved to another city,” says the nurse. In the pockets of his grandfather also found a passport with a residence permit in the town of Verkhniy Ufaley.

Basil laid on the couch near the emergency room. There he spent about a day, after which he was sent to the mental hospital in the village of Bergylta Chelyabinsk region for temporary residence. “What kind of diagnosis we had to leave? We have no hospice. And waited for the family, suddenly appears. He has a mental disorder is small, probably senile,” commented RIA Novosti by another employee of the Chebarkul hospital Irina Naumtsev.