UN, 20 Jun — RIA Novosti. The USA is out of UN Council for human rights, said the permanent representative to the UN, Nikki Haley at a special press conference with us Secretary of state Mike Pompeo. 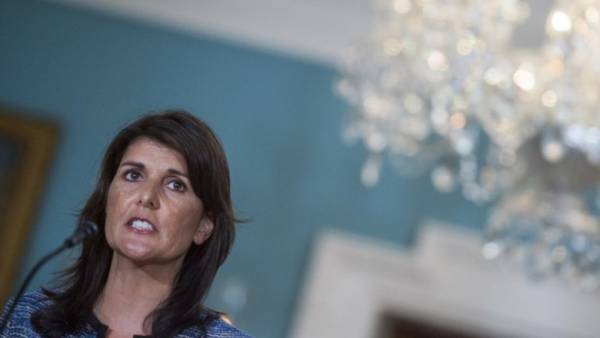 Haley added that the U.S. does not retreat from the commitment to human rights, and admitted that under certain conditions, can return to the HRC.

“We will continue to actively support the reform of the Council for human rights. If reform passes, we will be happy to join him”, she said.

In turn, Pompeo said that the UNHRC does not protect, and covers violations of human rights, and called the organization “hypocritical”. In his opinion, the Board “falsely accuses the country of violations that they did not commit, and ignores violations of other countries.”

The Secretary of state stressed that the U.S. is a leader in the promotion of human rights. The data for some countries promises in many areas has not been completed, he added. Pompeo repeated the words of Donald trump that the HRC is “a huge source of shame for the UN” because it includes countries that are major violators of human rights.

“The organization that is undermining our national interests and our allies, we will not be her partner,” said Pompeo.