MOSCOW, 19 Jul — RIA Novosti. The President of Lithuania Dalia Grybauskaite in an interview with German magazine Spiegel, expressed his readiness to defend in case of a military “invasion” of Russia. 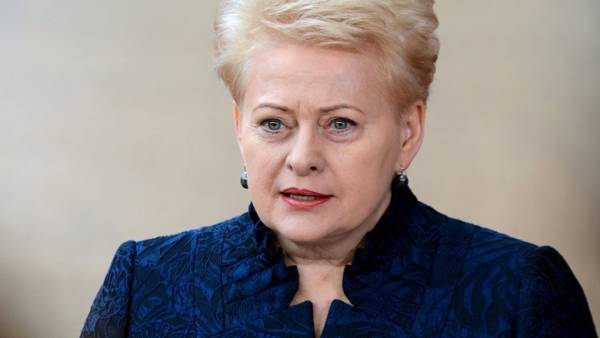 Grybauskaite evaluated the likelihood of a Russian attack on Lithuania as “significant”.

If we show that can and want to protect themselves, then nobody will attack us. We need to be prepared: mentally, politically, technologically, heart and soul.Dahl Gribauskayte Lithuania

The politician also said Russia’s military superiority, stressing that the Lithuanians prepared to defend their country from any enemy.

In addition, Grybauskaite said that the Western countries underestimated Russia and treat it too gently.

“Only when they are attacked, and they notice that Russia is interfering in their interests, are spying on them or manipulating their elections, they Wake up,” he added.

Earlier Grybauskaite stated about the “threat” from Russia. Moscow has repeatedly stressed that they do not have any offensive plans, and weapons at the borders of the country are presented solely for defensive purposes.