Saudi Arabia to sever diplomatic relations with Qatar, have decided to physically isolate the neighbor at the base of the Qatar Peninsula will be dug a wide canal, which will make Qatar the island. 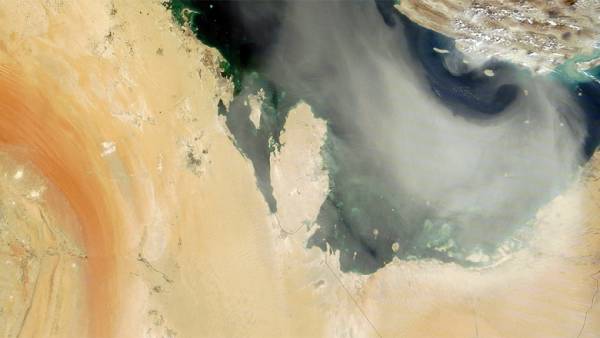 According to the Saudi newspaper “Mecca”, is accepting applications for a tender for the construction of the canal will end June 25 and the results will be announced no later than three months. The project cost about $750 million five interested companies, the newspaper, the contract term of its implementation is “less informed”.

On the eve of “the beginning of the realization of a beautiful project that will make Qatar the island”, the people of his country were congratulated by the adviser of Saudi king Suad al-Qahtani.

The project envisages the construction of a channel length of 60 km, a width of 200 m and a depth of 15-20 m in 1 km from the border with Qatar in Saudi Arabia. On the border Bank will be located in the militarized area with military bases and, possibly, storage of radioactive waste from future nuclear power plants in Saudi Arabia, according to Daily Sabah.

Thus completely destroyed the possibility of land communication and establishes a blockade between the two countries.

On the other side of the channel will build hotels, resorts and villas. Three new ports will accept large cruise liners due to the channel can reduce the way around the Qatar Peninsula.

A year ago, June 5, 2017 Saudi Arabia had joined the UAE, Bahrain and Egypt broke off diplomatic relations with Qatar, accusing Doha of supporting terrorism and supporting the main rival of the Saudi Arabia — Iran. This was followed by economic sanctions and the transport blockade of the Emirate. Diplomatic attempts to resolve the political crisis has not yet come to fruition.