BEIJING, June 19. /TASS/. The airline company Air Koryo, on Board of which is North Korean leader Kim Jong-UN, arrived on Tuesday in Beijing. This was reported by TV channel NHK. 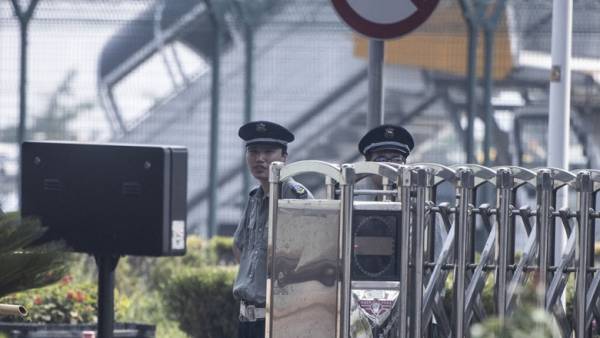 It is noted that we are talking about private plane, Kim Jong-UN — the IL-62. In addition, in Beijing on Tuesday flew short-haul an-148, where the members of the DPRK delegation, as well as the cargo IL-76 used to deliver in Singapore, private cars, Kim Jong-UN, on which he moved in the day of talks with U.S. President Donald trump. According to NHK, after arriving in Beijing, Kim Jong UN, headed the delegation headed to the state residence “Diaoyutai” in the center of the city.

“We are closely watching the situation around North Korea and collect all the necessary information”, — told on a press-conferences in Tokyo the Secretary General of the Cabinet of Ministers of Japan Acehide Suga, commenting on the information about the next visit of the leader of North Korea to China. His word also leads the TV channel NHK.

Earlier, China Central television reported that the visit of Kim Jong-UN will be held from 19 to 20 June. He is expected to hold talks with President of China XI Jinping and will discuss with him the situation on the Korean Peninsula and the summit of the DPRK and the United States. The leaders of China and North Korea have met twice this year.

12 June, Singapore hosted the summit of the trump and Kim Jong-UN. Following the meeting, the two leaders signed a joint document. Pyongyang has pledged to denuclearize the Korean Peninsula in exchange for security guarantees from Washington.