Smoking near building entrances to prohibit

The state Duma will discuss a bill that proposes to set a minimum distance for Smoking from entrance 10 meters. Will accept the amendment, and what restrictions will have to wait smokers? 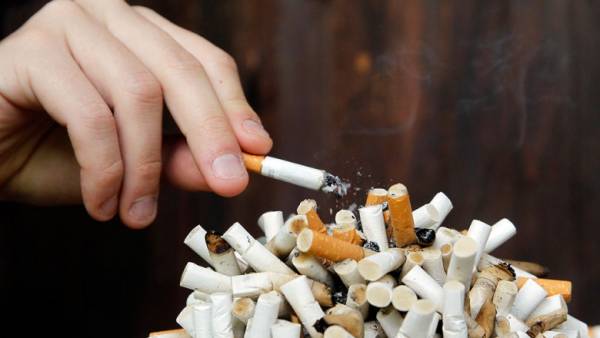 Near the entrances prohibit Smoking. On Tuesday, June 19, for discussion at the plenary meeting of the state Duma will be submitted amendments to the law “On protection of health of citizens from impact of ambient tobacco smoke and consequences of tobacco consumption”.

The amendments propose to ban Smoking within ten metres of the entrances of apartment buildings. The amendments are likely to take place. Moreover, the proposal is not controversial such as the complete ban on Smoking in some places, said the first Deputy Chairman of state Duma Committee on budget and taxes Sergey Katasonov.

When a person we are forced to move away from the entrance and not to throw cigarette butts is one motivation. And when he was at the airport, in principle, have nowhere to go, and he just has to go to the bathroom, and to break the law here, I believe, is the organization more rigid. And the most unpleasant that suffer from here and non-smokers, because, by entering into these closed areas, violating, it actually forces you to breathe this air. Therefore, it is completely different, and given that this majority party is making, I think it will take. There is a General trend of stricter tobacco control. If a person stands near the entrance, he still needs to make five steps, well, it’s not an issue that costs a lot of discussions.Sergey Katasonov first Deputy Chairman of state Duma Committee on budget and taxes

Russia’s accession to the framework Convention of the world health organization on tobacco control was approved by the Federation Council in April 2008. However, the law the President signed in February 2013. Russian restrictive measures were more severe than in many countries, and often is exposed to criticism.