VLADIVOSTOK, June 20 — RIA Novosti. New acoustic technology to communicate with marine mammals create in the far Eastern Federal University (FEFU) in Vladivostok, using sensors, generators of sounds and the hydrophones, according to the University. 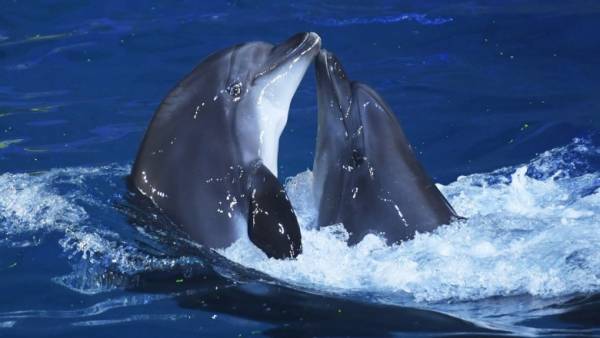 “To read the signal we put on the dolphins sensors in the form of a cap, which does not cause pain and harm to animals. Taken from their brain acoustic signals are quite weak (in the frequency range from 0.01 to 40 Hz), and we need to decrypt it. So we will be able to understand how dolphins perceive the team, how is feedback to the coach… These new approaches will allow us to create a system of biotechnical solutions for communication in mammals,” — said the head of the Department instrumentation Engineering school of the University Professor Vladimir Korochentsev.

Scientists are studying animal sounds using hydrophones for decoding the signals developed at the University software to develop an acoustic transmission system so that the trainer can control the behavior of animals under water, as well as conduct experiments on communicating with dolphins using acoustic signals.

The study is part of a larger project on marine bioacoustics. Its purpose is the management of the marine bioresources using acoustic means.

Earlier it was reported that in 2017 scientists in the Anadyr estuary in Chukotka Beluga whales reproduce the coherent fragments of the signals emitted by their relatives, the researchers first managed to get a response from these animals in the wild.