Embarrassment turned into an attempt the famous former German tennis player Boris Becker to document the Central African Republic. Becker issued a diplomatic passport of this country were invalid. 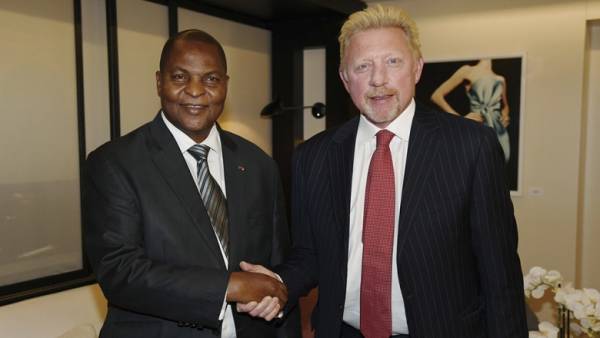 The former first racket of the world, six-time winner of Grand slams Boris Becker was declared bankrupt. His debt to creditors and business partners amounted to 40 million euros. In order to avoid repayment of debt obligations, 50-year-old Becker decided to obtain diplomatic immunity in the Central African Republic. For this he was made attache of the CARS for sports, cultural and humanitarian issues in the European Union.

Boris was issued a diplomatic passport of the CAR. However, it soon became clear that the passport Becker is not genuine. It does not have the seal of the Ministry of foreign Affairs and the signature of the Minister. In addition, the serial number of the document suggests that it was printed on stationery stolen in 2014.