“Afghans” and the miners went into battle under the Verkhovna Rada

In clashes with police in Kiev suffered 11 people. 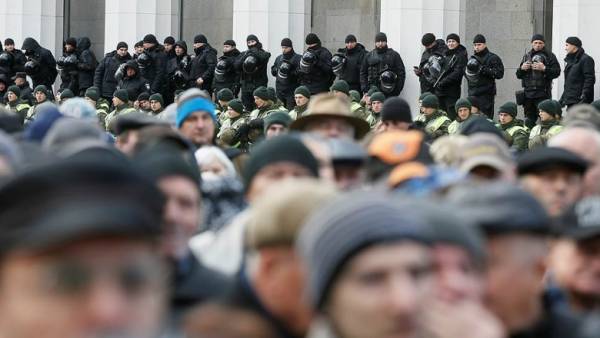 Near the Ukrainian Parliament building in Kiev on Tuesday held a protest action initiated by the organizations of veterans of the Afghan war and the miners that require the retention of their benefits at the expense of budget of Ukraine. Before noon, the protesters tried to break through to the Parliament building across the line of the cordon, clashes with the police use of tear gas.

That the miners of the Luhansk region gather for a rally at the Verkhovna Rada, said on Monday the head of the Independent trade Union of miners of Ukraine Mikhail Volynets. “In Kiev came the miners from all over Ukraine. We gathered near the Verkhovna Rada”, — he wrote on his page in Facebook. According to him, the debt on wages in state enterprises before the miners reached 761 million hryvnia (1.8 billion RUB).