The retirement age hasten to the state Duma

The government will explain to the deputies the benefit for future retirees. 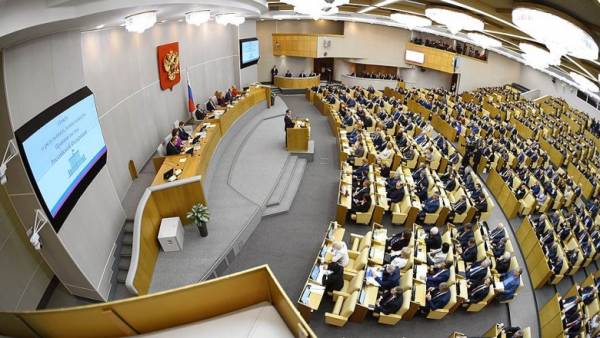 As stated today by Prime Minister Dmitry Medvedev, draft law to increase the retirement age, VAT increases will be considered by the state Duma in spring session. Responsible for the interaction of the government and MPs to explain the position of the White house will be the head of the government Konstantin Chuichenko. Preliminary date of consideration of the bill on pension reform on July 19.

Today in Gorki at a meeting with Deputy Prime Ministers Dmitry Medvedev said he expects to consider draft laws on amendments to the tax and pension systems by the state Duma in spring session. The bills were approved last Thursday by the government on Saturday discussed by the Russian tripartite Commission, then submitted to the Duma. “We all know that bills are complicated, of course, caused a different reaction. In the state Duma will also be a broad discussion,” he said.

At the same time Dmitry Medvedev has called on all relevant Ministers and Vice-premiers to “actively cooperate with colleagues from the Parliament, to consult, to explain the government’s position on these issues based on the fact that the main purpose of these changes is, first, to increase pensions and to reform the pension system.” To organize this work and to keep it in control, Mr Medvedev instructed Vice Prime Minister-chief of government staff Konstantin Chuichenko.

In the “United Russia” has already announced that they are planning on a party platform to discuss the bill on pension reform. According to first Deputy Chairman of the faction “United Russia” Andrei Isayev, the discussion will involve the Union of pensioners of Russia, Union of employers and trade unions. According to the MP, representatives of employers “although the project is supported by the Russian tripartite Commission, but made a number of comments.” “Today, the Council of the Duma will consider the bill will strengthen the Executive Committee and will be sent to the mailing list. Before considering the first reading will be assigned at least a month, we’ll also assume that at least a month and will be appointed to consideration in the second reading”, — said Andrey Isaev. He also confirmed that the first reading could take place July 19 — “this date is actively being discussed”. The source of “RIA Novosti” familiar with the decision of the Council of the state Duma, said that the decision to send in the sending regions the bill on pension reform to discuss until July 17.