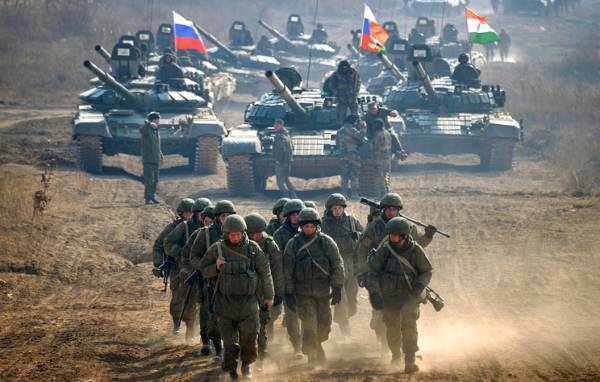 VLADIVOSTOK, June 19. /TASS/. The delegation of the Eastern military district (TSB) and the Indian Armed forces at the conference, which began in India, will agree on a plan and the right nutrition and medical care for international exercise “Indra-2018”. This was announced on Tuesday, the head of press service TSB Colonel Alexander Gordeev.