Representation of the state office of public Prosecutor about deprivation of immunity of the Deputy from “Fair Russia” Vadim Belousov arrived in the state Duma. 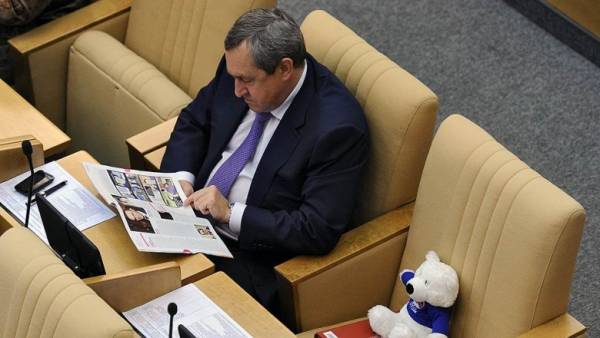 About this TASS said the head of the profile Committee for the control and regulation Olga Savastyanova. According to her, Prosecutor General’s office also wants to get permission to excitation of criminal case concerning the Deputy. As explained Ms. Sevastyanova, the Committee has not yet considered the request, because it examines the received information.

That the state office of public Prosecutor asked to deprive of mister Belousova immunity, on the eve of the media reported. As found “Kommersant”, the Deputy appears in the criminal case of especially large bribes for providing contracts for road construction in the Chelyabinsk region, but does not yet have status because of their immunity. The head of the RCDS Alexander Bastrykin for three months trying to get permission for the prosecution of MP.

Read more about the case read in the article “Kommersant” “Deputies are looking for a deal on the Chelyabinsk roads”.