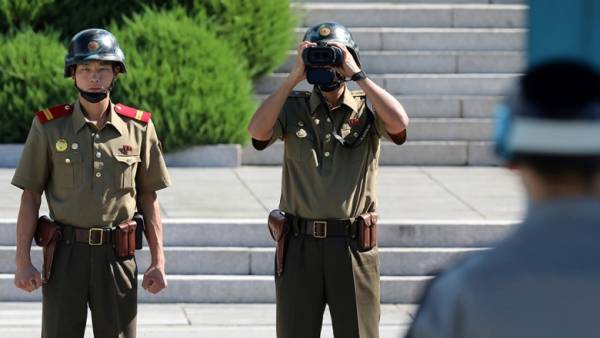 “After the close cooperation of South Korea and the United States decided to suspend all planning for the Ulchi Freedom Guardian, a defensive doctrine was planned to be held in August”, — stated in the message of the Ministry of defense.
The Minister also said that Seoul and Washington “plan to continue consultations about the additional measures”.

After the first-ever U.S.-North Korea summit held on 12 June in Singapore, the US President Donald trump said at a press conference that Washington will stop conducting us-South Korean military exercises, while negotiations with Pyongyang will go in the “right” direction.

Formally, the Korean Peninsula remains a war after the signing of the armistice agreement into a bloody military conflict 1950-1953. All previous attempts by the DPRK to make the United States the conclusion of the peace Treaty was inconclusive.

In South Korea constantly are over 28 thousand American soldiers. UFG exercises are held annually in August a transfer to the Korean Peninsula for more troops and weapons.

However, before, particularly in 90-ies, the U.S. and South Korea suspend the military exercises for the development of dialogue with the DPRK. However, political differences with Pyongyang in the change of administrations in Seoul and Washington have led to new rounds of tensions and the resumption of military exercises, the development of nuclear and missile programs of North Korea.