The untied state of America

What was offered to divide California. 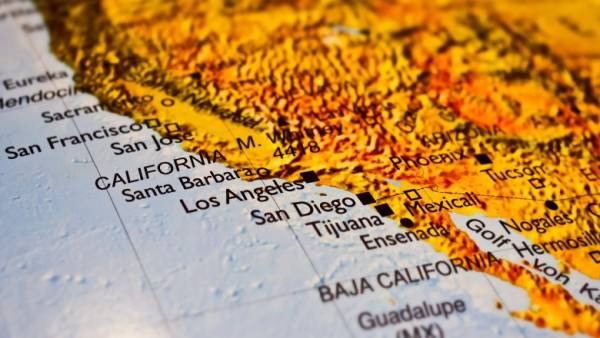 During the single voting day in November, Californians will have to answer the question of whether they want to continue to live in a single state or is ready to divide it into three parts. The idea failed to make the ballot thanks to the efforts of the venture investor Tim Draper, who believes that in its current form, California has become so populous and so fragmented, including ethnic composition, that it is impossible to control. Who can benefit from the appearance of two new stars on the American flag and whether this initiative has a chance of becoming reality, understood portal iz.ru.

With the idea of separating the largest population of the American state Draper, an investor from Silicon valley, vkladyvayasj in such companies as Skype, Hotmail and Tesla is not the first time an initiative he promoted in 2014, and in 2016. this time, however, he managed to recruit the necessary number of votes — according to preliminary estimates, about 400 thousand — to the relevant paragraph of the made the ballot for the election Nov 6: on this day, in addition to the midterm elections in the U.S. Congress and local authorities, Americans participate in many referendums.

Draper is so confident in the necessity of separation of state that invests in the campaign is millions of dollars out of pocket.

According to the businessman, in its present form, the state has become “almost unmanageable” as different areas vary greatly as the composition of the population, and the standard of living and other economic indicators. For example, Draper and his supporters point to the fact that the interests of the voters living outside of cities, essentially ignored in the state legislature, the majority of whose members are natives of the big cities.

“The division into three smaller and more controlled state is a step towards greater accountability and more opportunities for response,” stresses Peggy Grande, a representative of the organized investor of the initiative group Cal 3. “The people of California deserve a more effective system of education, which would justify the expectations of our families, more reliable infrastructure that wouldn’t divide our population and more sensitive system of taxation that would not stand in the way of the realization of our opportunities,” — said in a statement on the website of the initiative group.

With an eye on Washington

According to the plan, the state should be divided into three parts — Northern California, southern California and California. Northern state will consist of 40 counties, South of 12, average of six. However, if the population they are similar in many ways — from 13.9 million people in southern California to 12.3 million in the “normal”, the average annual income per family varies considerably. So, if in the North the figure should be $63 thousand, for the “center” — $53 thousand, and for the South — and at $45 thousand.