Heat in Russia will be close to 30 degrees

In most areas of European Russia weather will continue to determine the Northern anticyclone. Despite the fact that he came from the Arctic latitudes, it carries with it warming, told the “Russian newspaper” the head of the laboratory of the hydrometeorological center of the Russian Federation Lyudmila Parshina. 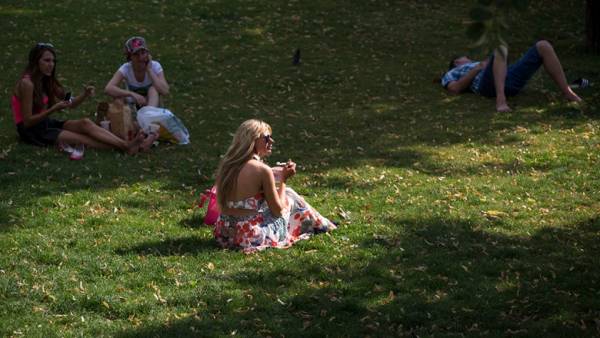 Earlier in the week the heat is expected to residents of Northern, North-Western, Central regions and the Volga region.

In the center in most areas will be rain. The prevailing background daytime temperature is 22-28 degrees Celsius. In the Volga Federal district on the North, 20-25 degrees, and in the South, for example, in the Saratov region, — 27 to 32 degrees. Only in the Orenburg region may go through intermittent rain.

In the North-West is about the same temperature as in the middle lane: 20-25 degrees. In the Leningrad, Pskov and Novgorod oblasts of the possible short-term rains and thunderstorms. In Murmansk region there is a warming trend: in the afternoon the air starts to warm up to 22-24 degrees. In the Arkhangelsk and Vologda regions 20-25 degrees. Sometimes a little rain. In Komi also 20-25 heat. And even in the polar regions of the Nenets region the air warms up to 23 degrees.