The interior Minister of Germany expressed reluctance to work with Merkel, the media are writing 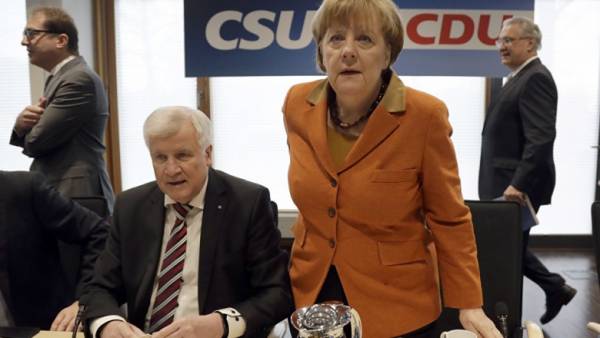 “I can no longer work with this woman”, — the newspaper quotes the words of the policy.

According to the German newspaper, Seehofer on June 14 at a meeting with members of the government, the CSU said this phrase. At a subsequent meeting of all the representatives of the party the Minister not have said that.

The conflict in the Bundestag between the parties, the CSU and the “Christian democratic Union” (CDU) Angela Merkel continues to deteriorate. As noted by Welt am Sonntag, the relationship between the parties is now imbued with “mistrust and mutual accusations.”

The reason — the migration policy of the Federal Chancellor. Seehofer demands that the guards were not allowed in Germany refugees already registered in any EU country. Merkel believes that it is contrary to European standards of asylum.

Media noted that the differences between Merkel and Seehofer can lead to the collapse of the government coalition, Federal Chancellor.

Angela Merkel has often been criticized for its immigration policy, through which in 2015 we moved to Germany about 900 thousand migrants. This provoked the rise of right-wing sentiment in the country. In September 2017 she promised that a crisis will never happen again.