LONDON, June 17. /TASS/. The Minister of internal Affairs of great Britain Sajid Javid admitted that a few months ago was the victim of an attack of robbers on a moped stole his mobile phone. With this recognition, the Minister took a Sunday interview to the newspaper The Sun. 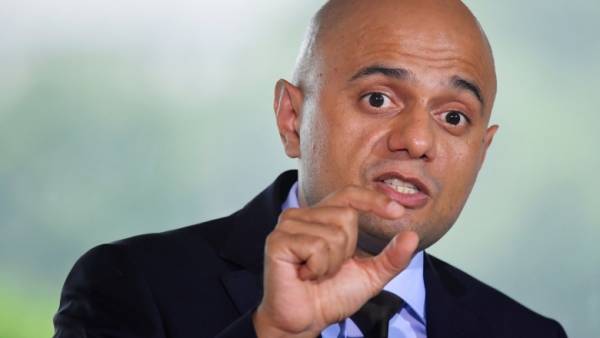 “It happened instantly. I was near Euston station (North London — approx. TASS) and took his phone to call a taxi. Until I realized what was happening, it already happened. They just drove up, grabbed it and fled,” said Javid.

The interior Minister has announced measures designed to eradicate violence on the streets of British cities. He was in favour of a ban on the sale of knives online, for the conduct of the police preventive talks with young people, as well as for strengthening the fight against drug traffickers. “Our streets should be safe at any time”, — said the Minister.

Javid was appointed Minister of internal Affairs of great Britain on April 30. Previously, he headed the Ministry of regional Affairs and local government. Coming from a family of Pakistani immigrants, Javid became the first interior Minister of the United Kingdom, which is representative of ethnic minorities.

Attacks by robbers on mopeds and scooters have become common in many UK cities. In September last year, the court sentenced to 11 years in prison biker for trying to Rob a player, “West ham” and the national team of England football Andy Carroll, which the attacker tried to rip a watch worth £22 million ($29 million). His colleague, the English national team goalkeeper Joe HART had also been a victim of robbers on mopeds who took the athlete’s wallet, watch and mobile phone.