The government introduced a bill on pension reform

MOSCOW, June 16 — RIA Novosti. Prime Minister Dmitry Medvedev signed a decree on introducing to the state Duma a bill on amendments to the pension system, the press service of the government. 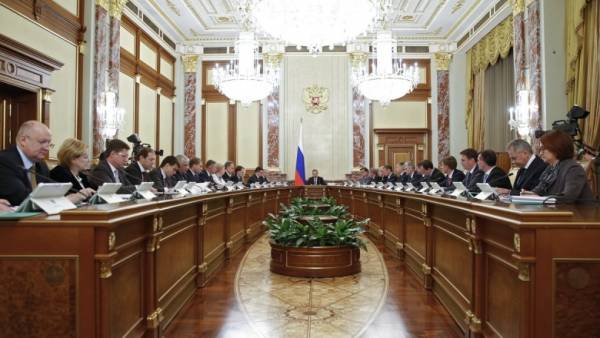 The bill provides for a phased increase in the age at which insurance is assigned to the old age pension.

“The General retirement age is proposed to be fixed at 65 years for men and 63 years for women,” the message reads.

As explained earlier, the Prime Minister, the reform will start in 2019 and will be phased to achieve a certain document retirement age is expected in 2028 for men and 2034 for women.

According to the speaker of the state Duma Vyacheslav Volodin, the lower chamber may consider the bill before the end of the spring session, but hurry up and violate the rules parliamentarians will not. The head of the Federation Council Valentina Matvienko noted that raising the retirement age should be very smooth.

Now the standard age of retirement in Russia is 60 and 55 years for men and women respectively prescribed by law the retirement age established in the 1930-ies.

The question of raising the retirement age has been discussed for quite some time. The need for this is caused by growing life expectancy and the inability to provide a decent pension in circumstances when the number of employees in the country decreases, while the number of pensioners, by contrast, is growing. Today, in most countries the retirement age is 60-65 years.