LONDON, June 16. /TASS/ the Russian diplomat said that London did not respond to requests embassies and the Prosecutor General. 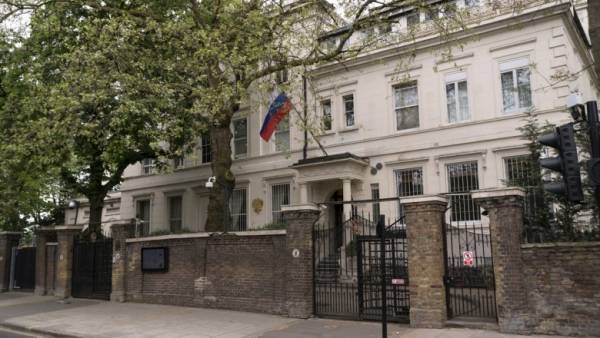 The official London still refuses to cooperate on Affairs about murder of the former Deputy of the General Director “Aeroflot” Nikolay Glushkov and the poisoning of ex-GRU Colonel Sergei Skripal and his daughter Yulia in the UK. On Friday Russian media have reported the representative of the Russian Embassy in the United Kingdom.

“The British side continued to keep a deathly silence and did not reply neither the Russian Prosecutor General’s office nor the Embassy on the progress of consideration of requests of Russian side to provide legal assistance with respect to investigations in Russia criminal cases on the facts of the murder and the attempted murder of Russian citizens in the UK.

We have to admit that the UK still shows a zero level of cooperation in investigating these high-profile cases.

We believe that it is detrimental to law enforcement activities aimed at truth and justice,” — said the Russian diplomat.

Glushkov was murdered in his London home March 12, 2018. Scotland Yard has described his death as a homicide, but police characterized the death as unexplained businessman.

On March 4, former GRU Colonel Sergei Skripal and his daughter Julia were in Salisbury, according to the British side, effects of nerve agents. Later London made a statement that this substance was supposedly developed in Russia. The Russian side has categorically denied all the speculation, arguing that programmes such substances neither in the USSR nor in Russia did not exist.