American planes spent many hours scouting the borders of Russia

Moscow. June 17. INTERFAX.RU — Strategic unmanned aerial vehicle U.S. air force RQ-4B Global Hawk and the patrol anti-submarine aircraft of the US Navy P-8A Poseidon on Sunday made the hours-long reconnaissance flights near the Maritime borders of Russia on the Black sea, from the monitoring data, the Western aviation assets. 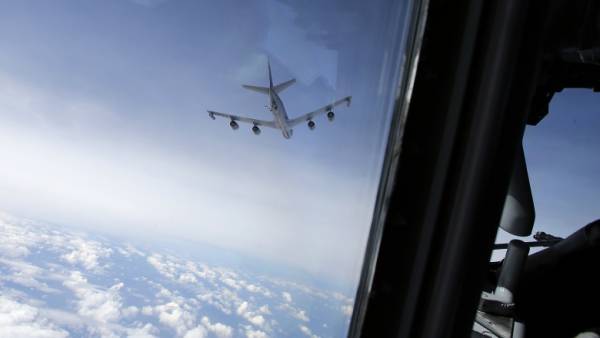 So, according to them, a distant American drone taking off from Sigonella airbase on the Italian island of Sicily, which is able to conduct exploration at a greater depth of enemy territory for more than five hours conducted reconnaissance at the Russian border, cruising along the southwestern and southern coast of the Crimea and the coast of the Krasnodar region up to Sochi.

At the same time, the Russian coast of the Black sea for at least three hours flew American Maritime reconnaissance P-8A Poseidon tail number 168858, also taking off from an air base in Sicily. Most of the time he spent near Sevastopol in the airspace over international waters of the Black sea. American intelligence has also carried out flights from South West and South coast of the Crimea and the Krasnodar territory in Novorossiysk and Tuapse.