Construction of residential complex “D” in the neighborhood Snow pad Vladivostok will finish ahead of schedule. Houses for rent by the fall of 2019. On Friday, June 15, according to the website of the Primorsky territory administration. 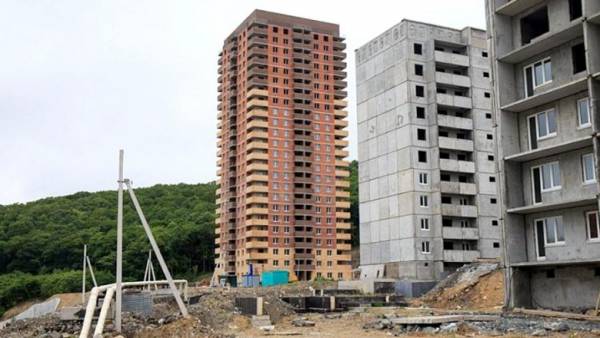 About the problems of share construction in Snow honeydew Russian President Vladimir Putin said a resident of Vladivostok Yulia Matveeva during the “straight line” on June 7. The woman reported that real estate investors are waiting for the delivery of houses a year and a half.

Answering the question of the unfinished in Vladivostok, the head of state noted that the problems of defrauded real estate investors associated with “insufficiently clear regulation” of this sphere.

During the meeting, the Vice-Governor of the region Alexey Nemkov with real estate investors became aware that the obligations in the completion of distressed homes took over the company-the investor of open company “East Beam” with the agreement of the administration of Primorye.

The developer will bring to the construction site of equipment, machinery, building materials, and in August, construction will begin, said the official. “Now almost furnished all the necessary documents, permits for the resumption of construction works”, — said Alexey Nemkov.

Six houses in the neighborhood Snow Pad began to build in 2015, it planned to hand over in 2017, but due to some problems with mass construction freeze.