TASS, June 13. Syria will not announce the supply of Russian anti-aircraft missile systems s-300. About this, as reported by news Agency SANA, said Wednesday in an interview with the Iranian TV channel Al Alam, the President of the Republic Bashar al-Assad. 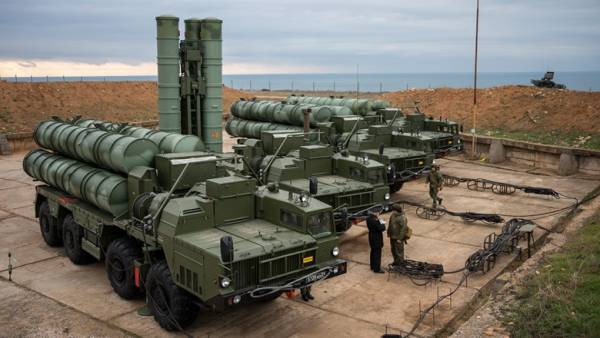 According to him, Damascus “does not consider it necessary to announce the supply of Russian anti-aircraft missile systems s-300”. “These complexes will be delivered or not, we will not inform you, — he said. — The weapon and know when it will be applied.”

Assad said that Russia “does not interfere in the internal Affairs of Damascus” and interacts with Syria “as a friendly state”.

“Russia’s unusual to build temporary alliances depending on the benefits, therefore, the Syrian-Russian relations are of strategic nature”, — he stressed.

“The Russian side has ideas, and she discusses them with us, but always stresses that the decision rests with the Syrian leadership and people. This is a solid principle of policy of Russia,” — said Assad.

However, he pointed out that “among all partners, there are discrepancies in the views of the tactical plan.” “It is natural, and to overcome them there is a dialogue, — said the President. — So we often meet to come to agreement”.

According to Assad, “the realities of the international situation and mutual benefits require the consolidation of the tripartite Union of Russia, Syria and Iran.”