Method of a small carrot and a big whip

The US increase sanctions pressure on Russia. 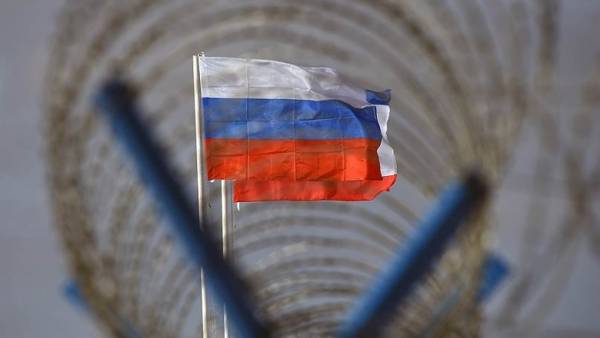 The U.S. continues to increase pressure on Russia while the Russians had a rest, Washington has extended sanctions against Russian individuals and legal entities from the IT-sphere and charged five employees of the company “Sovfraht” prosecution in the illegal supply of aviation fuel to Syria. The Russian foreign Ministry, these measures are called “short-sighted” and “reckless” and threatened retaliatory steps. Meanwhile the source “” close to the Kremlin, said that Moscow still continue to work on the agenda for a possible meeting between the presidents of Russia and the United States.

Despite the positive signals of U.S. President Donald trump in Moscow, Washington continues to increase pressure on Russia. We will remind, on June 8, the White house announced that the G8 (great eight) with the participation of Russia would be much more effective than the current G7 (“group of seven”). He made it clear that the participants in this informal international influential enterprises in his time in vain “drove” Russia as it is more difficult to “control the world”.

However, on 11 June, the U.S. Treasury announced the introduction of new sanctions against Russia. In the black list includes three individuals (Oleg Chirkov, Vladimir Kagan and Alexander Stands associated with the company “Dayvtekhnoservis”) and five organizations (Digital Security, ERPScan, Embedi, Scientific research Institute “quantum” and actually “Dayvtekhnoservis”). According to the Minister of Finance Steven Mnuchin, the US authorities “oppose the malicious actions of companies operating at the direction of the armed forces and intelligence services of the Russian Federation”.

Russian enterprises fall into the black list, according to us authorities, contributed to the strengthening of the offensive potential of the Russian Federation in cybersphere.

So, “Dayvtekhnoservis” allegedly contributed to the capabilities of the Russian intelligence services to intercept information that passes through the underwater transatlantic cables. Steven Mnuchin noted that such actions “undermine the security of the US and its allies.”

International sales of Russian is companies, as a rule, insignificant, says the interlocutor of Kommersant in the market of IT, qualifies this by adding that there are exceptions. However, among Russian clients, Digital Security, many banks, which may decide not to contact the company from the sanctions list, he said. Digital Security works mostly in Russia, confirms other source “b”. In his opinion, for most banks it doesn’t matter whether the company in the sanctions list, with the exception of one or two that have close ties with Western partners, and subsidiaries of foreign banks, so it is unlikely to expect a significant impact of sanctions on this company. Another thing is that sales ERPScan-oriented international market, most likely, will fall, he says.

In December 2015 The Washington Times reported that after a series of attacks on the critical infrastructure of the US American intelligence was able to identify a Russian company in the field of cybersecurity that tests for the vulnerability of financial institutions, maintains “close ties with the FSB” and plans to open an office in the United States. Then the company name was not specified, but for now, some market participants believe that we are talking about Digital Security.

The Russian government’s reaction to the new sanctions was an expected negative, but more emotional than before.

“In Washington did not calm down with their sanctions, again to include the number of Russian citizens and organizations. The result, as before, will be zero — to force Russia to change its independent course in the international arena will not work”, — said the Russian foreign Ministry. According to Russian diplomats, “U.S. policy continues to dwell in illusions, imagines the U.S. the world’s policeman, and with each new unsuccessful attempt to put pressure on our country only flaunt their own helplessness”. While in office, drew attention to the fact that the extension of sanctions by Washington took place on the eve of Day of Russia. “We’ll remember,” he said on Smolensk square.

In Washington, this threat, however, had no effect. Already on 12 June, the US justice Department filed charges against five employees of the company “Sovfracht” for the supply of jet fuel to Syria in violation of American sanctions against Damascus. They are charged with “conspiracy to circumvent U.S. economic sanctions against Syria and the implementation of remittances to Syria in dollars without the permission of the Ministry of Finance of the USA”.

Note that “Sovfracht” on September 1, 2016 is already under us sanctions imposed on the company trade restrictions.

The head of “Sovfraht” Dmitry Purim, on Wednesday, told “Kommersant” that the company had not violated the norms of international law and intends to defend the correctness in court of the United States.

Deliveries were carried out under government contracts with the defense Ministry, said a top Manager. “I see no reason that this situation could affect current and future contracts with Russian companies”, — said Dmitry Purim.

The Russian foreign Ministry actions of the U.S. justice Department called “reckless” and “short-sighted”. “Aviation fuel, delivery of which has provided a “Sovfrakht”, was intended for units of the Russian space forces, which help fight terrorist groups on Syrian soil,” — said the Agency. According to Russian diplomats, “links to US on their own sanctions against the legitimate government of Syria — not just a new outrageous attempt to extend U.S. domestic laws beyond U.S. borders, but the actual support of the terrorists.” “The promiscuity of Washington in the media, annoying desire to harm Russia instead of joining efforts in countering terrorism can be costly to the American people”, said on Smolensk square.

Leading researcher of the American Corporation RAND Samuel Charap in an interview with “Kommersant” stated three possible versions of why Washington and Moscow, sending positive signals continues to increase pressure on her.